Learn to draw Hermione Granger, friend to Harry Potter from their first meeting on the train to Hogwarts and his loyal supporter and companion in wizardry and his fight against evil! 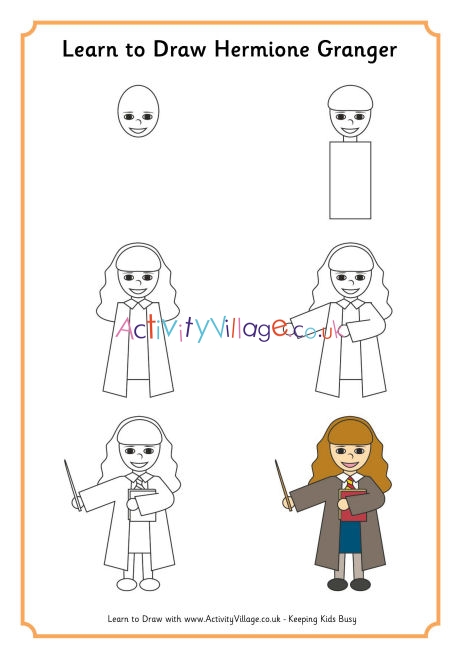 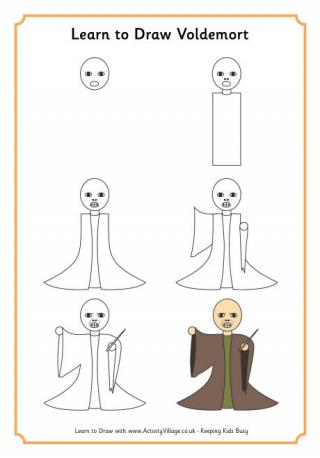 Learn to draw Lord Voldemort, villain of the Harry Potter books and otherwise known as Tom Riddle and He-Who-Must-Not-Be-Named. 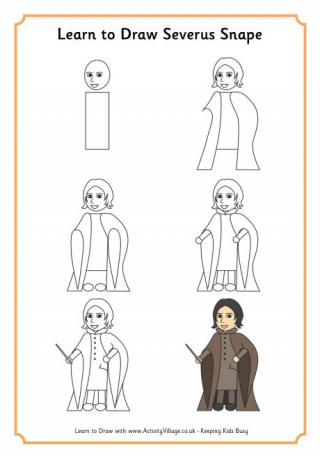 Learn to draw Severus Snape, Slytherin housemaster at Hogwarts and teacher of Potions and Defence Against the Dark Arts. Sometimes friend and sometimes foe, Severus is certainly a mysterious character! 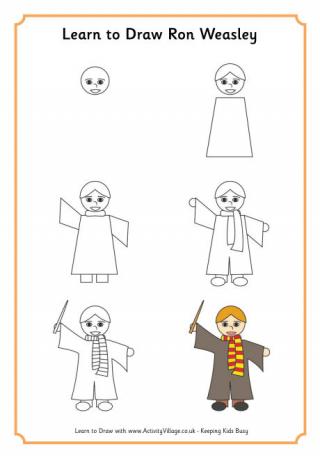 Learn to draw Ron Weasley, Harry Potter's loyal friend. Ron and his family welcome and protect Harry, and Ron is of course the one who makes us all laugh, too!