All NEW! Have some fun with these pirate themed "learn to draw" tutorials, which show children how to draw all sorts of pirates, famous and imaginery, as well as pirate ships and treasure and parrots - in a simple step by step process! 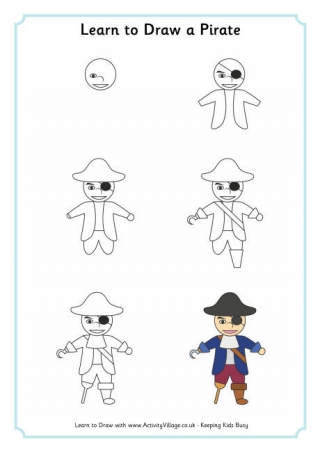 Learning to draw a pirate isn't quite so daunting if you break it down into simpler shapes, as we have tried to show in this "learn to draw" printable. Don't forget his wooden leg and eye patch! 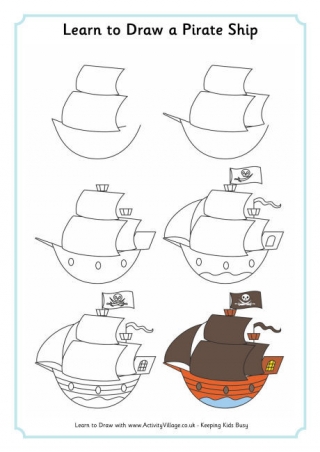 Kids can learn how to draw a pirate ship with this step by step printable tutorial. Of course, it's up to them to choose how they decorate the sails... 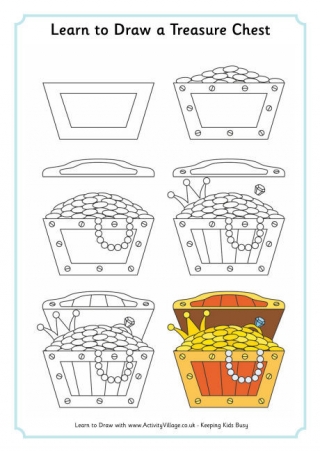 A treasure chest isn't the easiest thing to draw, so the children might want to think about putting each part of the drawing together, step by step using our guide. 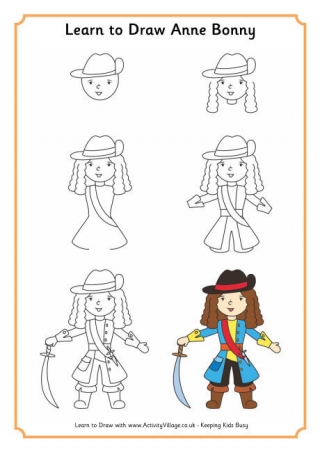 Children can learn to draw Anne Bonny, the famous female pirate, using our step by step guide. They can colour in the finished picture too! 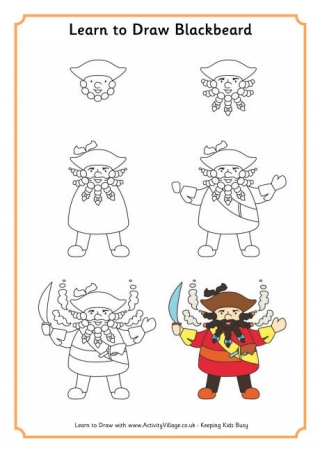 Blackbeard was a famous and frightening pirate, with a very distinctive beard! Kids can learn to draw him here - it's quite tricky, but we've broken the drawing process down into steps to make it easier. 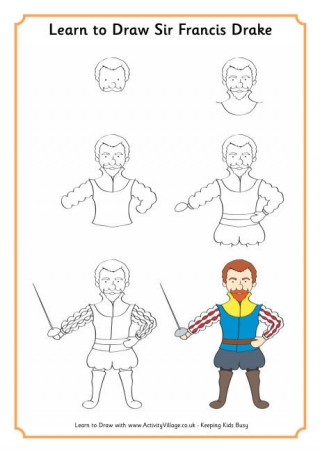 Children can practise their people-drawing skills with this step by step lesson on how to draw Sir Francis Drake, the first Englishman to circumnavigate the globe. 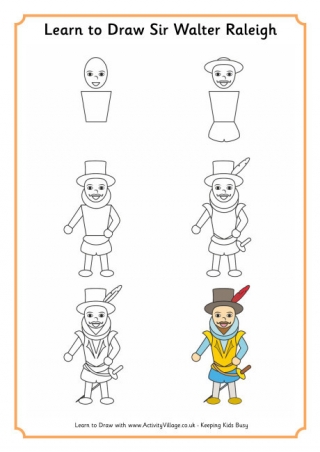 Sir Walter Raleigh was an explorer best known for establishing an early colony in the New World. With our step by step guide, children can learn to draw him. 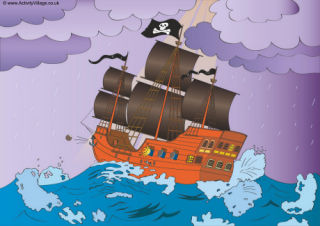