Learn a little about Lebanon and print out its interesting flag - in many different formats! 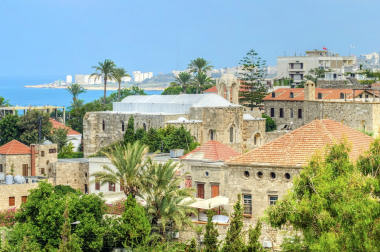 The historic city of Byblos, Lebanon

A Little Something About Lebanon..

The Lebanese flag features a green cedar tree in the centre of the flag, on a white stripe which is bordered by two red stripes. The cedar is the national symbol of the country and mentioned many times in the bible. The white behind it is said to reference Lebanon's snow-capped mountains. 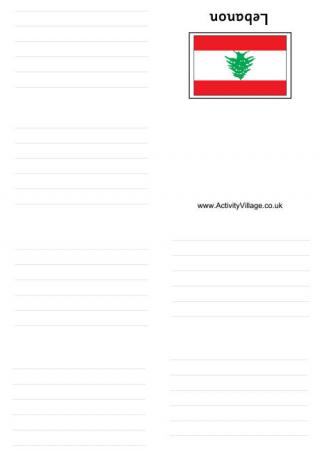 Making notes and learning to research are important skills to develop. These little booklets are a great way to encourage children to organise their thoughts. This one is for Lebanon. Folding instructions are here. 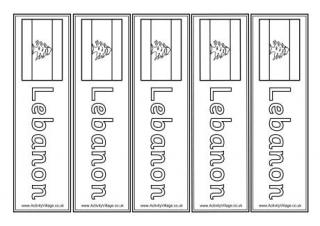 Lebanon is one of the many countries for which you can print our bookmarks - a lovely thing to give out when you've been talking about the country. You can colour your own, or print the colour version! 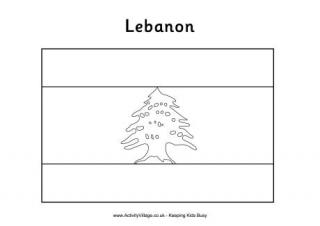 Print this page and have fun colouring the flag of Lebanon. It features the famous Lebanese cedar tree. 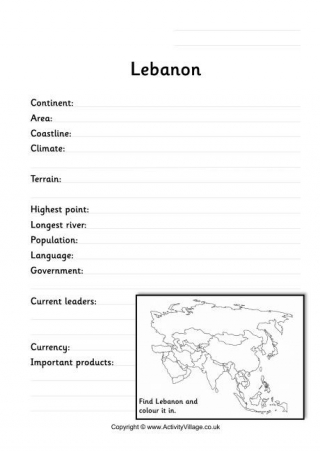 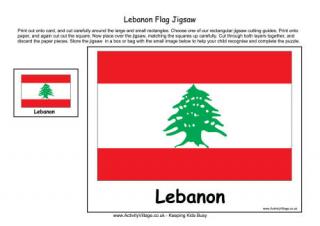 Make your own flag of Lebanon jigsaw - a great way to help the kids remember the flag! It's easy to do. Just follow the instructions here. 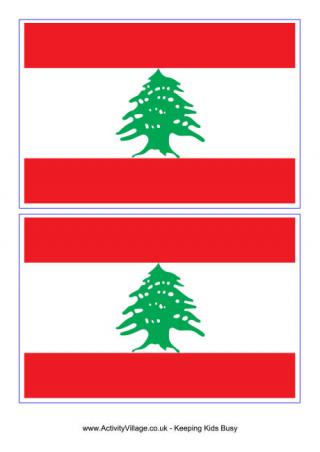 The Lebanese cedar takes pride of place in the centre of the flag of Lebanon. We have three different sizes of flags in this printable, to suit all sorts of projects and crafts. Have a go at locating Lebanon on this simplified outline map of Asia. Choose from two levels of difficulty. 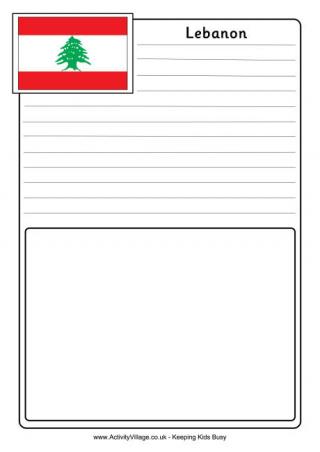 Why use a plain piece of paper when you can put your research down on this Lebanon themed notebooking page? The flag features in the top corner but there's plenty of room for writing and even space for a drawing! There's a lines only version too. 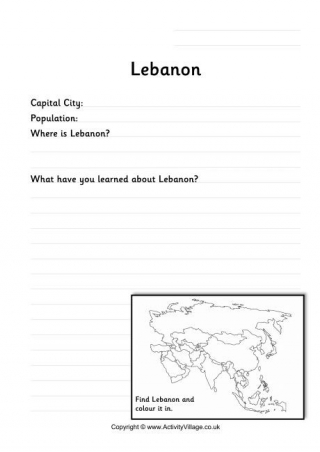