Did you know that Liberia, on the west coast of Africa, is the continent’s oldest republic? Liberia is a hot and humid land with coastal plains, tropical rainforests and low mountains. Its name means ‘land of the free’, but decades of political instability have left it a poor nation. Use our collection of resources below to find out more. 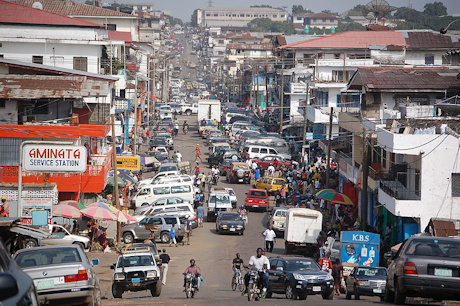 You might not be surprised to learn that the Liberian Flag is modelled on the U.S Stars and Stripes flag! The white star on the flag is symbolic of African Unity. The flag was officially adopted on July 26, 1847. 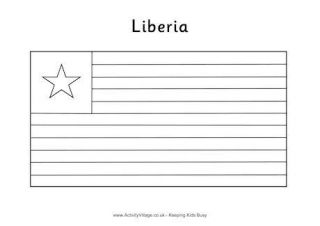 Print out our Liberia flag colouring page and grab your red and blue colouring pens. The stripes alternate red and white, starting with red at the top. 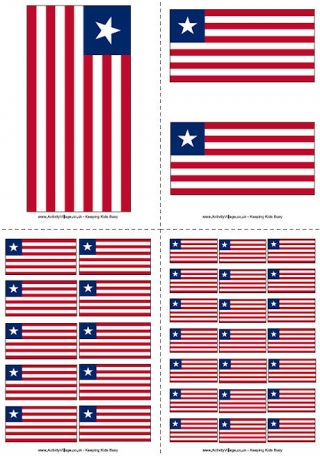 Print out the Liberia flag, with its red and white stripes and white star on a blue background, in four different sizes. 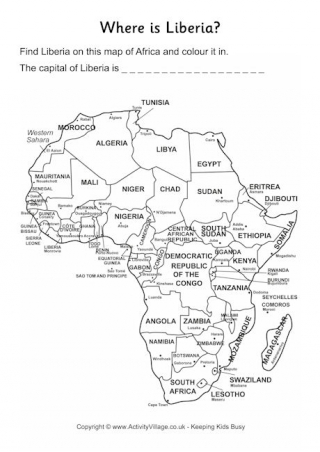 Find Liberia on our outline map of Africa and colour it in. Do you know the capital city too? 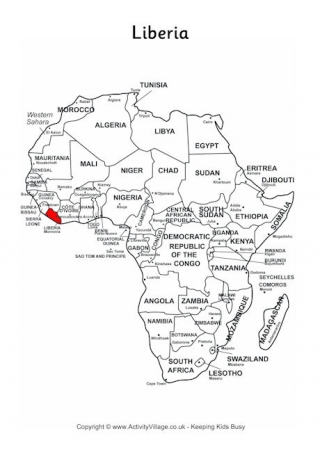 We've marked Liberia in red on this useful map of Africa so you can locate it easily. 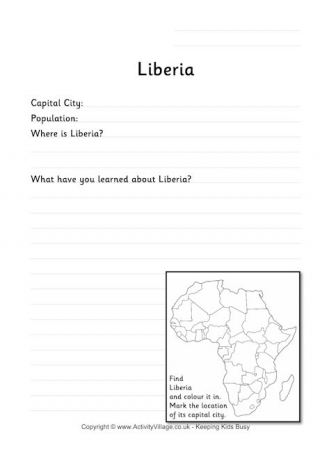 Use this simple Liberia worksheet to collect some information and facts about the country.