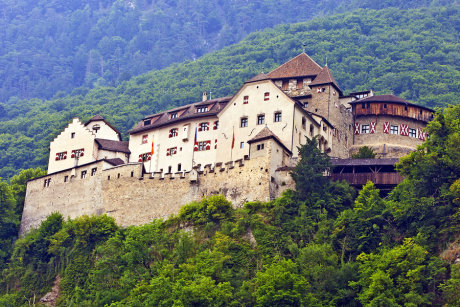 The country really is tiny, at only 25km long and 12km wide. There are lots of places to hike and ski, but you could see most of the country if you ran a marathon!

You can't fly directly to Liechtenstein. You fly instead to Switzerland, and then drive or take the bus!

Liechtenstein is a German speaking country, bordered on the west and south by Switzerland and by Austria on the east and north. The  population is under 40,000. The capital city is Vaduz.

The country is a tax haven. Its low corporation tax rates have attracted many international companies and made the country wealthy.

Do you like castles? There are some superb ones in Liechtenstein!

About the Liechtenstein flag

The Liechtenstein flag has two equal stripes, blue on the top and red below, and a yellow ducal crown in the top left corner. The crown was added to the flag after the country discovered, at the Summer Olympics in 1936, that Haiti's flag was identical! 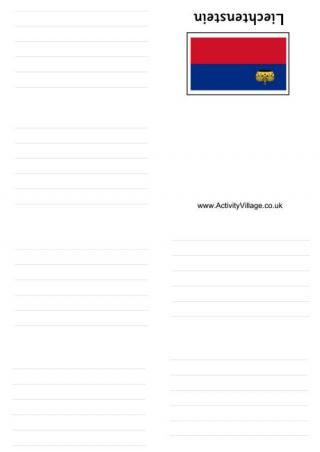 Do something a bit different and make your own booklet about Liechtenstein. Add it to your library of booklets you've made about other countries, or give it to someone who wants to learn about this tiny principality. 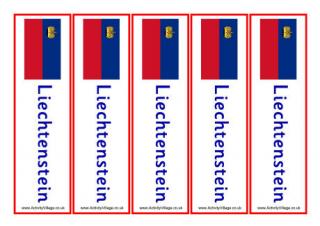 These Liechtenstein bookmarks are very versatile and can be used to mark countries on a map, mark pages in a book, or be given out to children as prizes! There are black and white versions too which are great to colour in. 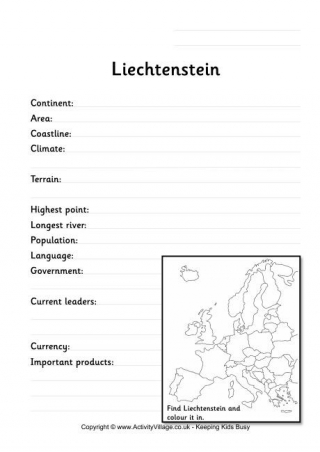 This worksheet requires some research on the country of Liechtenstein. Find out the answers and fill in the blanks. 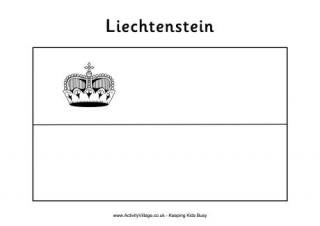 The flag of Liechtenstein is blue and red with a gold crown. Here is a colouring page ready for colouring in, and learning the flags of the world in one activity! 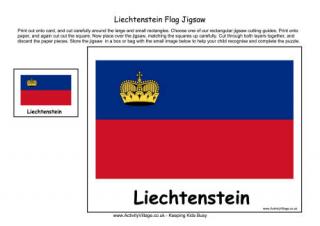 If you have a rainy afternoon to fill, why not make some jigsaws? If you choose our flag jigsaws you'll be learning something at the same time! This one features the flag of Liechtenstein. You'll need our instructions and cutting guides, here. 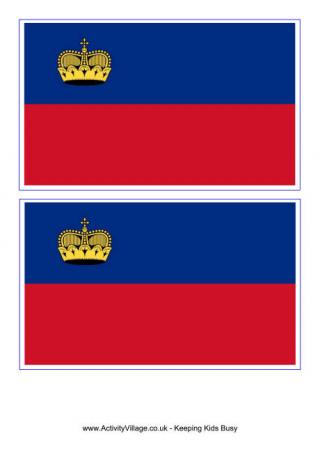 The flag of Liechtenstein features a crown. This was added at the 1936 summer olympics to differentiate it from the flag of Haiti, which was just the same! Use these flag printables - in three different sizes - in all sorts of projects... 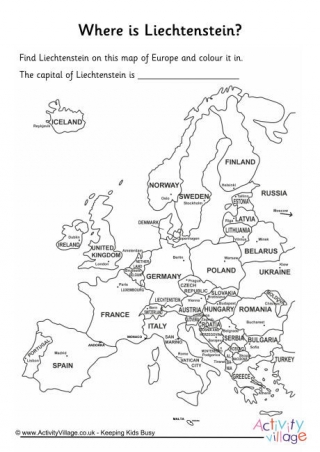 Can the kids find Liechtenstein on our location worksheet, featuring a simplified map of Europe? Colour in the country and write down the capital city. Our guided version is an easier option for younger kids... 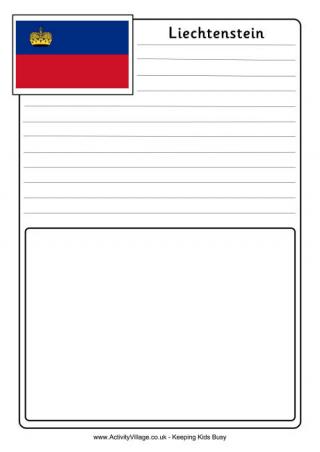 I'm sure you will find lots to write about this tiny but very interesting country. Use this special notebooking page when you are studying Liechtenstein. 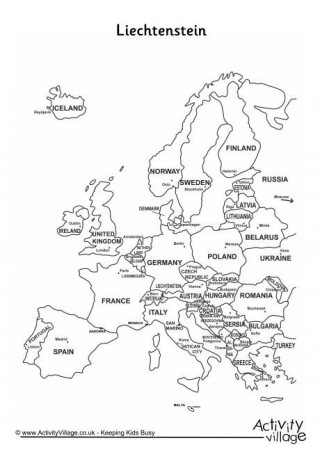 Liechtenstein is one of the smallest countries in the world. Help the kids learn where to find it within Europe with our useful map. 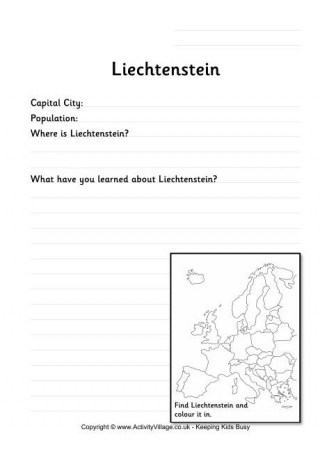 Here's a simple worksheet to get the kids started when they're learning about Liechtenstein.