Life Cycle of a Honey Bee

NEW! Read about the life cycle of the honey bee below, or scroll down to access our printable resources, which include fact sheets, posters, colouring pages and worksheet activities. 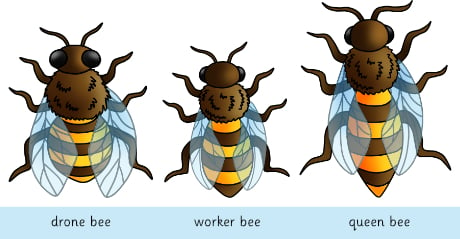 Life Cycle of a Honey Bee

There are 4 stages in the honey bee’s life cycle:

The queen bee mates with drone bees (which then die). She lays a single egg into each cell of the honeycomb. A queen might lay up to 3,000 eggs per day! Egg
The egg is long, thin and white, and about the size of a grain of rice. The eggs are laid into different cells, depending on whether they will become worker bees, drone bees or queen bees. 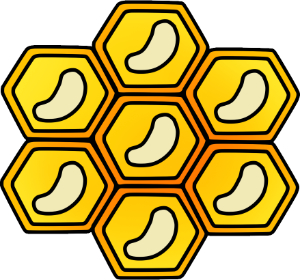 Larva
After a few days, the egg hatches into a larva which looks like a white grub. Young worker bees feed the larva, first with a special liquid called Royal Jelly, and then “bee bread” (a mixture of pollen and honey). Potential queen bees get special treatment and are fed only Royal Jelly! 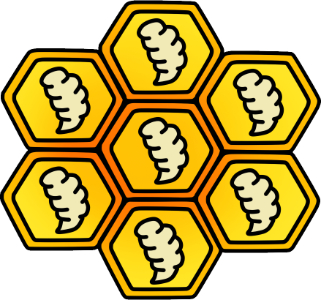 Pupa
After a few days, the larva stops eating and spins itself a cocoon. This is called the pupa stage. The pupa's cell is capped by the worker bees with a lid of beeswax. The pupa is no longer fed but it continues to grow, developing legs, eyes and wings inside the cocoon.

Adult
About 21 days after the egg is laid, the pupa becomes an adult bee. It chews the lid off its cell and climbs out. A busy adult worker bee can live for up to 6 weeks in the summer. Honey bees can potentially survive through a winter as long as they have enough food and can keep warm, although all the drones and many of the worker bees will die. The remaining bees will cluster together, keeping the queen safe until the days warm up again.

A new queen bee will take over from the old queen when she dies, or look for a new hive of her own. A queen bee can live for up to 4 years! When you see a swarm of bees, it is usually a queen and her workers looking for a new nest, or hive. 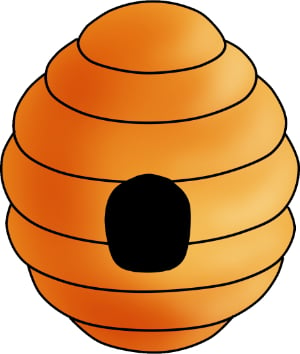 Our Life Cycle of a Honey Bee Resources 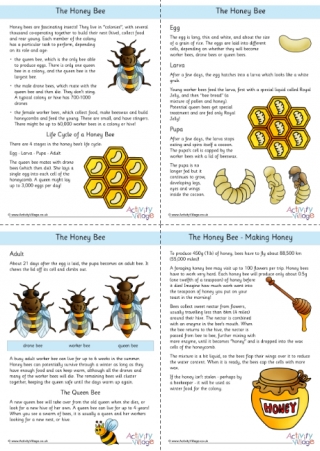 This printable is packed full of information about the honey bee, its life cycle, how honey is made and even about honeycomb. Use it together with our honey bee life cycle resources, or on its own. 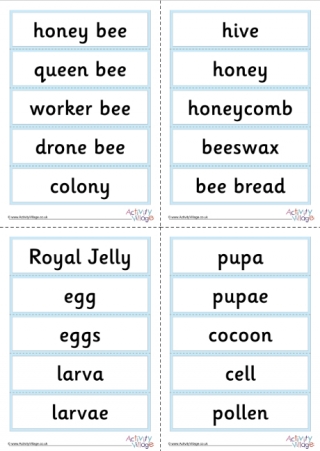 This set of word cards covers all the bee-specific words we have used in our honey bee life cycle and main bee information pages - 39 in total. We've left one card blank for the word we've forgotten - there's always one! 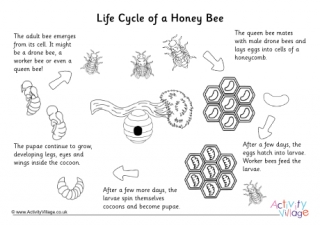 Choose from a simple labelled version, or one with captions (illustrated below) for this Life Cycle of a Honey Bee colouring page. 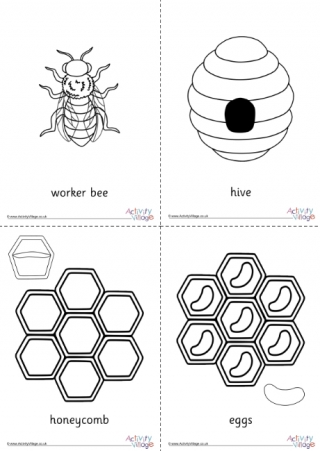 Choose from colour or black and white and you'll find 9 pages in this printable, with large versions of all the images we have used in our Life Cycle of a Honey Bee collection. 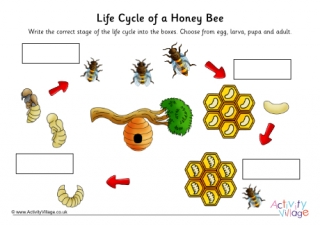 We've left blanks for the children to fill in with each of the 4 stages of the honey bee's life cycle. Choose from a blank version of the worksheet, or one which prompts the 4 stages. This version of our Life Cycle of a Honey Bee poster is aimed at older children, and works well with our Honey Bee Fact File. 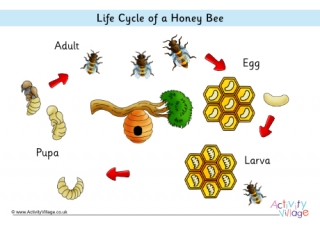 This simple poster of the life cycle of a honey bee labels the 4 stages: egg, larva, pupa, adult. 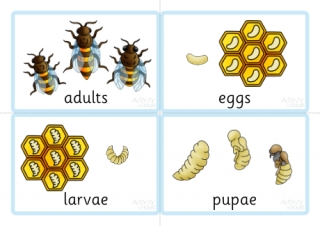 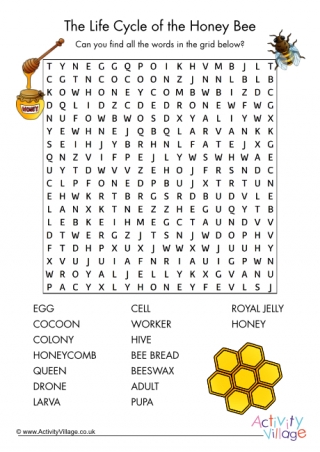 Dig into the grid to find the words - all associated with the life cycle of the honey bee. We've produced this puzzle in both upper case and lower case versions, so choose the one you want below. Both come with an answer sheet as well. 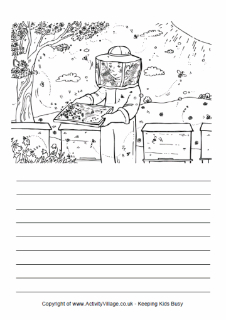