Enjoy our fun facts about Luxembourg with the children, then print out the flag to display or colour in. We also have flag notebooking pages for your country studies. 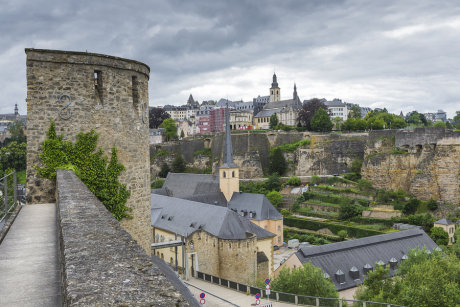 A view over the Medieval streets of Luxembourg city

About the Luxembourg Flag

It is easy to confuse the Luxembourg flag with the Dutch flag - but this one is slightly wider and the blue is slightly lighter in colour. It was first used between 1845 and 1848 and officially adopted on 23 June 1972. 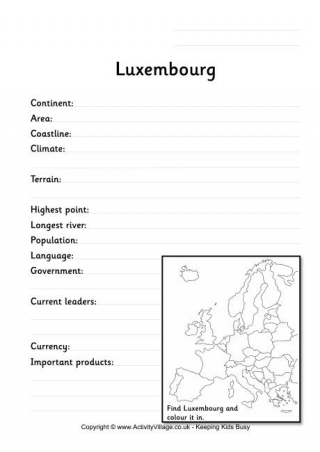 Our Luxembourg fact worksheet will get the kids started with some geographical research, and once they've done the research, they can fill in the facts. 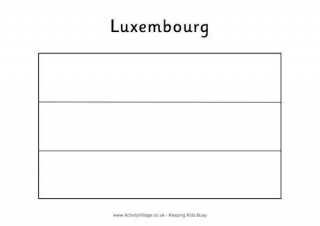 Print out this colouring flag of Luxembourg and grab your red and blue colouring pencils. Leave the central stripe white! 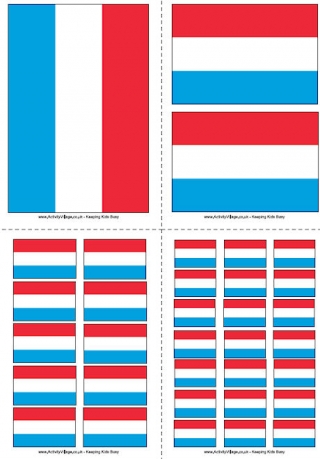 In this 4-page pdf file you will find four different sizes of Luxembourg flag to print out and use in your various projects. 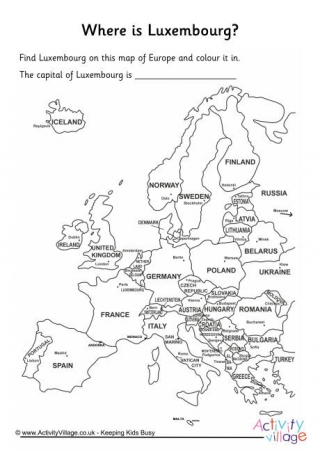 Where in the world is Luxembourg? Our location worksheet will help them find out and remember its location within Europe. Choose from two levels of difficulty below. 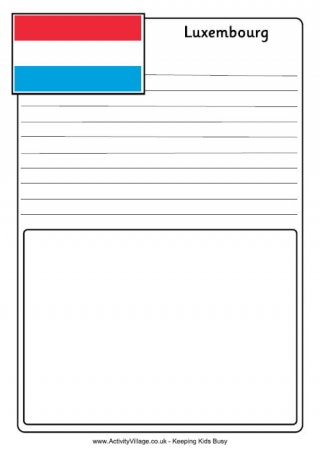 You can use our Luxembourg notebooking page to collect facts about the country, to write about a visit, or perhaps before going on holiday. 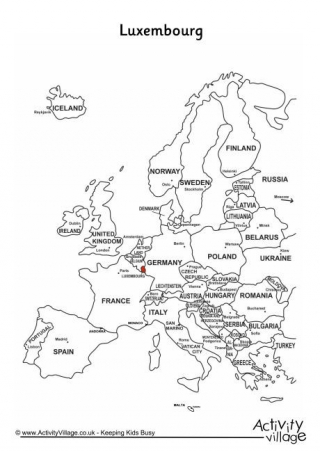 Print our outline map of Europe showing the location of Luxembourg, and use for topic work on countries and Europe. 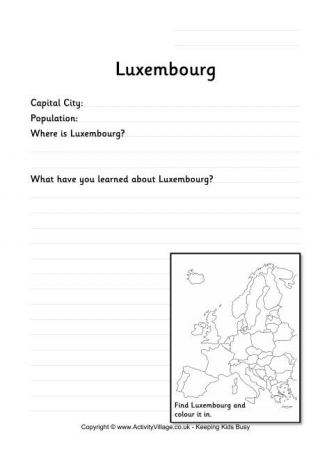 Can the children find Luxembourg on the map and answer some simple questions on this geography worksheet?