Print, colour and fold your own dreidel toy. You can learn a little about it here, too. 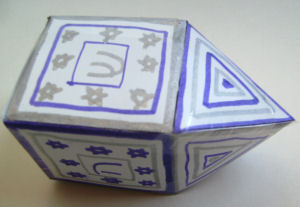 The dreidel has an interesting background. Apparently, when the Jewish people were under the rule of Antiochus and were barred from studying their religious books, they would study while pretending to play with the dreidel, spinning it as in a game for money.

The dreidel is a four-sided top which has four distinct letters in Hebrew on each side. The object of the game is to spin the dreidel and collect coins or candy depending upon what letter appears after each spin.

To make your own dreidel, simply print our template (below) on to card, cut out, decorate and glue together.

Each side of your dreidel will need to have on it one of the following Hebrew letters;

You can draw them on using our guide (below), or print the guide and cut and paste.

Each player starts with some gelt (or money, sweets or counters).  Each player puts one coin into the pot in the centre. The players take it in turns to spin the dreidel, following the instructions of the letter which lands facing up.

נ = Nit (Nothing), play passes to next player.

ה = Half, the player takes half of the pot.

ש = Put, the player puts all of his coins into the pot.

Play can go either for a set amount of time or until one player has won all of the coins. 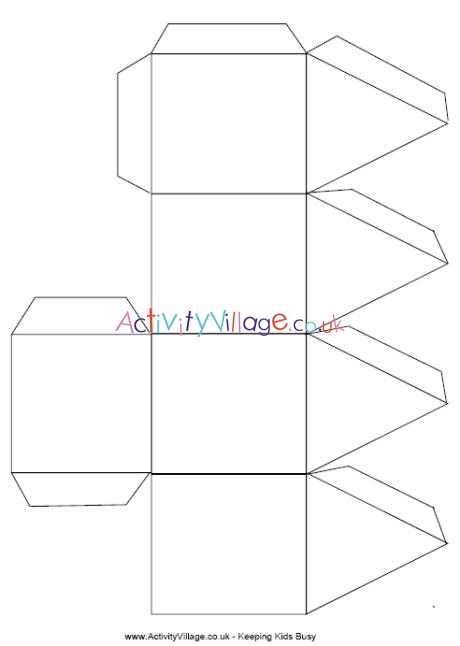 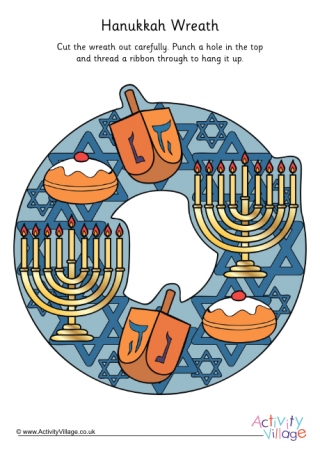 Decorate your home or classroom for Hanukkah with this easy-to-make wreath. Simply print onto some strong white paper or card, punch a hole in the top and thread through some wool, string or ribbon to hang up. 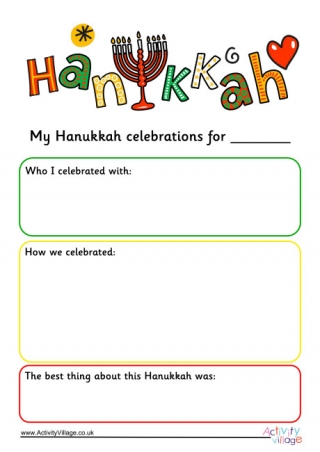 Use our colourful journal page to create a record of your Hanukkah celebrations and the people you celebrated with! 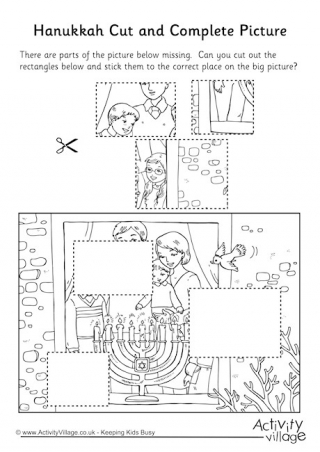 Cut out the rectangles, glue them to the picture in the right space and finish by getting out the colouring pencils. Our Hanukkah cut and complete picture will keep children busy for a long time.