There is a very famous, ancient banyan tree in Lam Tsuen in Hong Kong to which people travel at Chinese New Year and during other festivals to leave their own special wishes. First they write their wishes on colourful red wishing paper, then they tie them to oranges, and throw them up into the tree. If the wishes stick, it is thought that they will come true! 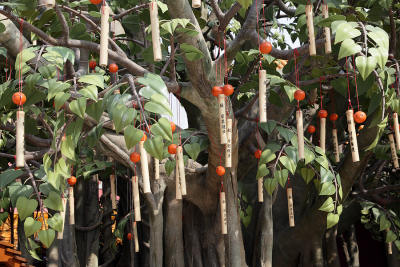 The Wishing Tree gave us an idea for a Chinese New Year craft. Make your own "wishing tree" for Chinese New Year by printing out our Chinese designs scrapbook paper or encourage the children to design their own, and write out your own wishes for the New Year. Tie to oranges or apples with colourful ribbons, then get throwing!

Editor's note: Sadly the original wishing tree in Hong Kong became so laden down with wishes in 2005 that one of its branches broke off and injured the people standing below. Wishes are therefore being placed near the tree rather than in its branches while it recovers. 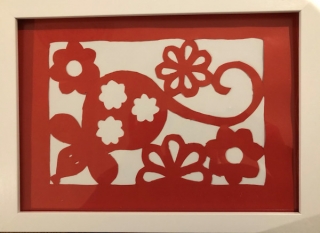 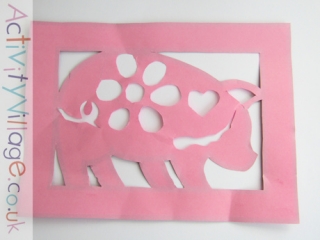 We have provided a simple template so that children can have a go at making a pig paper cut of their own. Stick with our simple version or embellish the body of the pig too. The pig will look lovely on display - perhaps in a window so that the light will shine through? 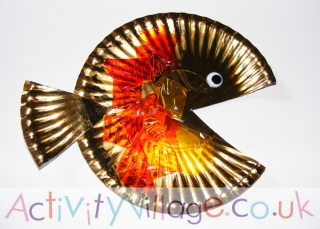 Our paper plate goldfish is a quick and easy craft to do with younger children and a school of them makes a lovely display at any time of year - but they might be particularly appropriate for Chinese New Year or your China topic.