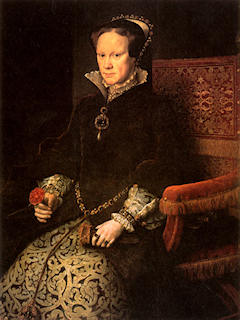 Mary I (1553-1558) was eldest daughter of Henry VIII. Her mother was his first wife, Catherine of Aragon.

When her half-brother Edward VI died, Lady Jane Grey very briefly became Queen, but Mary I rode into London and assumed the throne 9 days later. Mary was initially very well thought of by the people of England.  However her marriage to the Roman Catholic Philip of Spain was very unpopular.

A staunch Roman Catholic herself, Mary restored England to the Catholic faith and in the process burned many enemies of her Church at the stake, earning the nickname Bloody Mary.

Calais, England's last possession in France was lost to the French in 1558. Mary I is believed to have said on her death bed: "When I am dead and cut open, they will find Philip and Calais inscribed on my heart". 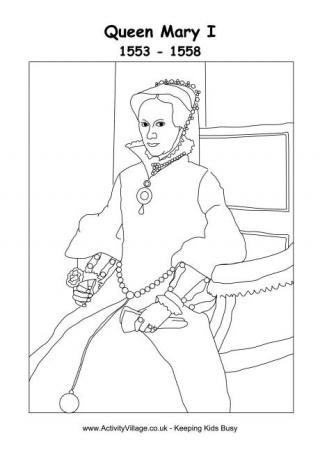 Did you know that Mary 1 was the first Queen of England to rule in her own right? Here's a colouring page featuring her portrait. 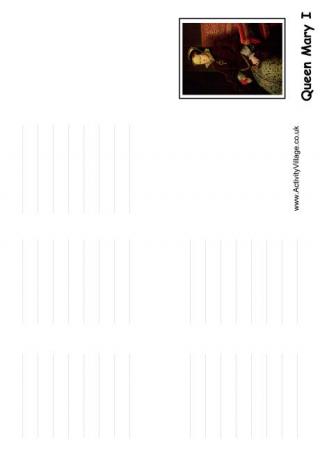 Mary I made quite an impact on England and her people, and her brutal rule earned her the nickname "Bloody Mary". Write about her on one of our downloadable booklets (folding instructions can be found here). 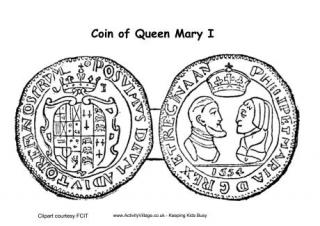 Like other monarchs, Mary 1 had coins issued during her reign - here is an example of one for the kids to colour in. 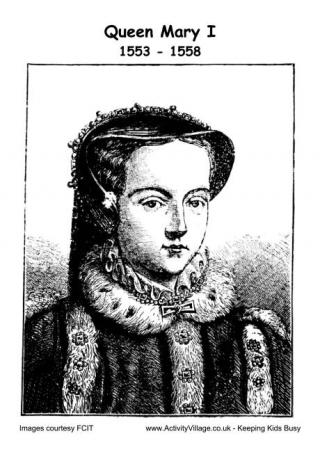 Here's a sketch of a young Mary I, that you could print and use as a poster or for a colouring page. 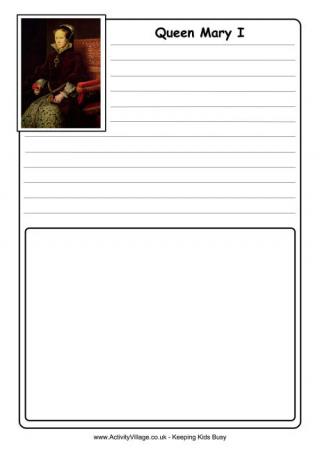 Queen Mary might not have been one of the longest reigning monarchs but she certainly made her presence felt in Tudor England! Write down your research about her on our notebooking pages. 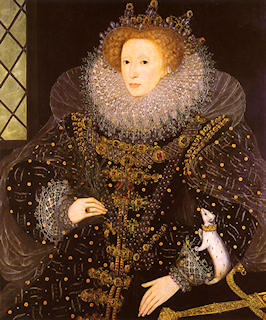