Learn a little about Mary Queen of Scots, then explore our printable activities to help you round off what you have learned, below.

Learn about Mary, Queen of Scots 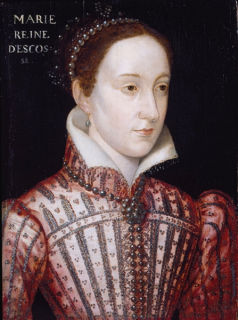 Mary was only 6 days old when her father, King James V of Scotland, died and she took the throne. Scotland was ruled by regents while she was raised in France and at 16 years old she married the Dauphin (prince) of France, Francis. Francis was only 15. When he became King Francis II of France in 1559, Mary was briefly his queen, but he died a year later. The widow Mary returned to Scotland and in 1565 married her cousin, Lord Darnley. It was an unhappy marriage. Just two years later Darnley's house was blown up and he was found murdered in the garden.

Shortly afterwards, Mary married the Earl of Bothwell - who was generally believed to have been responsible for Darnley's death! It was an unpopular marriage with the people and there was an uprising. Mary was imprisoned and, in 1567, she was forced to abdicate (resign her claim to the throne) so that her baby son, James, could be named king.

She tried to win back the throne but was unsuccessful and eventually escaped to her cousin, Queen Elizabeth I of England, begging for help. As Mary had earlier attempted to take the throne of England, and still had support from many English Catholics, Elizabeth saw her as a threat and kept her locked up in castles and manor houses until, 18 years later, she was found guilty of plotting to kill the Queen and was executed for treason. 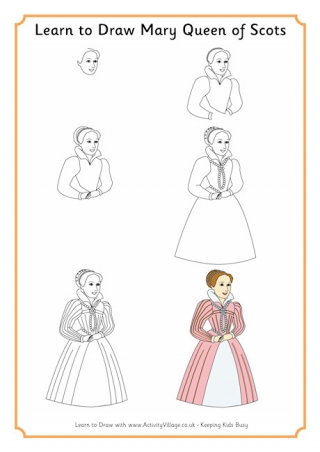 Here's a fun activity to add to your Tudor studies! Learn to draw Queen Elizabeth's cousin and enemy Mary Queen of Scots. 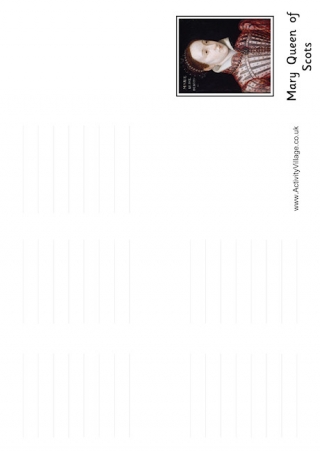 This Mary Queen of Scots booklet would be perfect for a lapbook on the Tudors or Stuarts. Instructions on how to make the booklets can be found here. 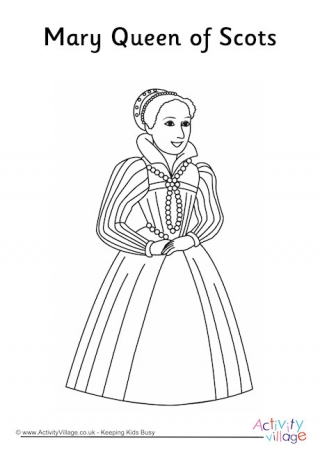 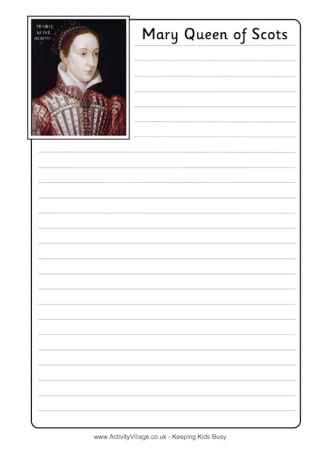 Our notebooking pages are perfect for self directed research and writing projects and there is lots to find out about one of history's most interesting characters, Mary Queen of Scots. 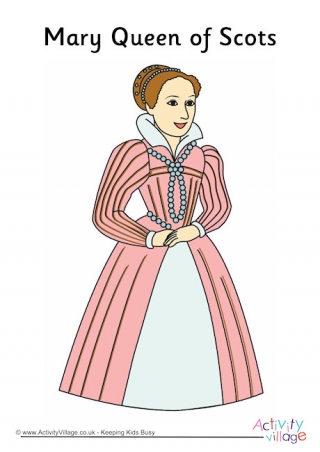 Our Mary Queen of Scots poster would look great on a classroom wall as part of a Tudor themed display. 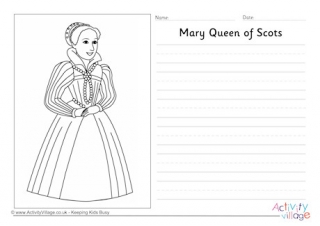 The life of Mary Queen of Scots could be re-written as a tragic love-story. Use our story paper to retell the story, perhaps writing it from the perspective of Mary or Queen Elizabeth I? 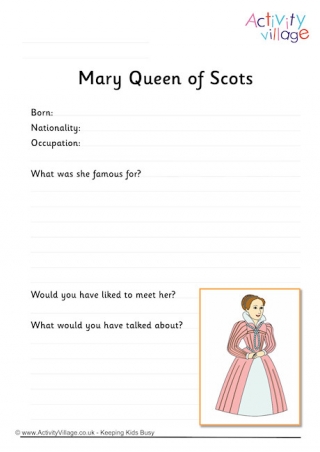 Mary Queen of Scots was one of history's most colourful characters. Learn more about her with help from our guided worksheet. 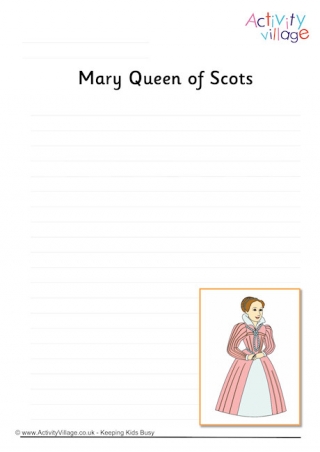 The story of Mary Queen of Scots was an important part of the Tudor era. Use our writing page to write a biography of this famous tragic queen. 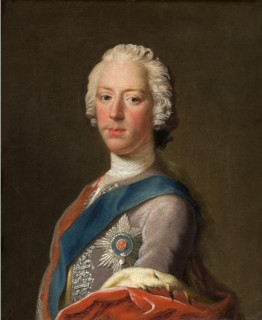