Learn some interesting facts about Mauritani and then print out our map and flags. Why not have a go at our colouring flag and location worksheets too? They are a fun way to learn about this African country. 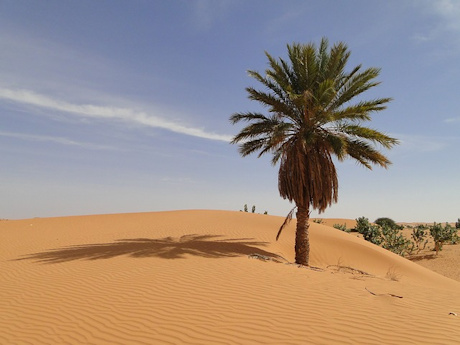 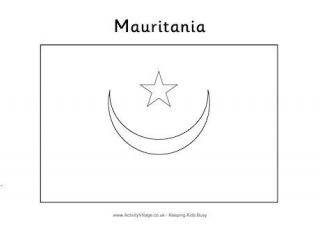 Print and colour the flag of Mauritania, using a dark green for the background and yellow for the details. 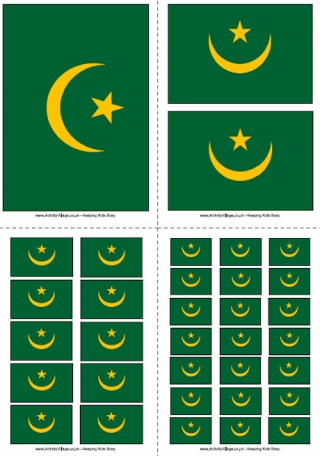 The Mauritania flag features a gold star and crescent on a green field background. We have four different sizes to print... 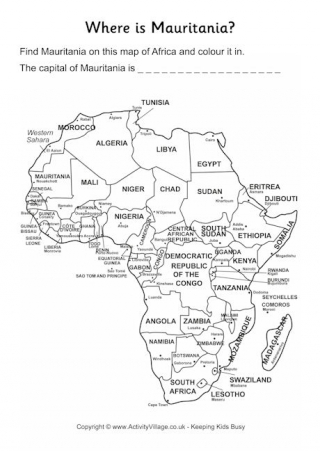 There are two versions of this Mauritania location worksheet. The first is guided, and the second is blank and much harder. 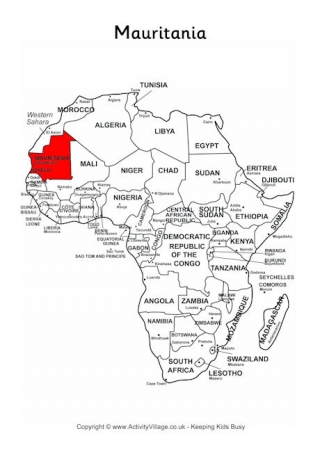 Use our simple outline map with Mauritania shaded in red to find out its location and surrounding countries within Africa. 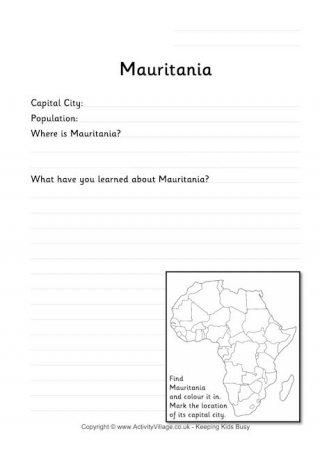 This worksheet, aimed at younger children, asks them to find out and record a few interesting facts about Mauritania. Build up a set of these worksheets for different African countries!