Michael Johnson (1967 - present) won four Olympic gold medals for America and broke many world and Olympic records. He is the only male athlete in history to win both the 200 metre and 400 metre events at the same Olympics, which he managed at the Summer Olympics in Atlanta in 1996.

Fun fact: Michael wore a pair of custom-designed gold-coloured trainers in the Olympic finals, and was nicknamed "The Man with the Golden Shoes".

“Life is often compared to a marathon, but I think it is more like being a sprinter; long stretches of hard work punctuated by brief moments in which we are given the opportunity to perform at our best."
Michael Johnson 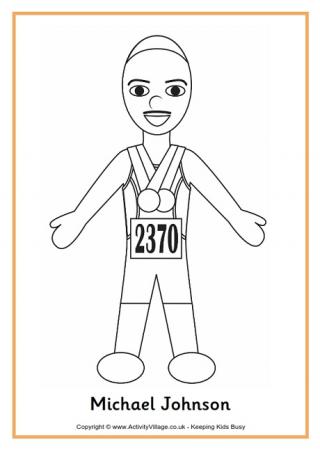 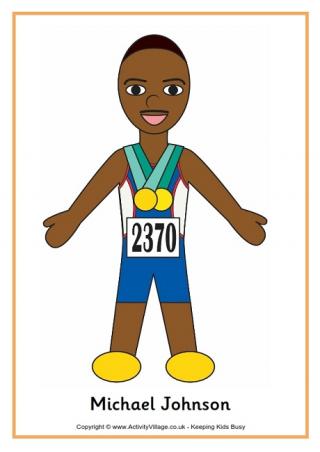 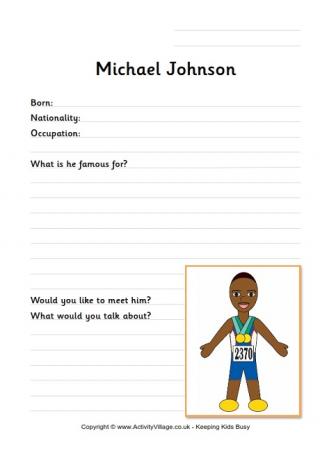 Try this fun worksheet on the kids! They will need to do a little bit of research on Michael Johnson so that they can fill in the blanks... 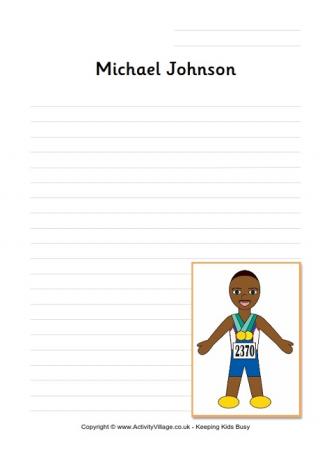 Use these printable writing pages (one colour and one black and white) to write about Michael Johnson, the American sprinter.