Discover more about this tiny but extremely wealthy country on the French Riviera, known for its casinos, luxury yachts and Grand Prix motor race. Then scroll down to enjoy our printable resources and flags. 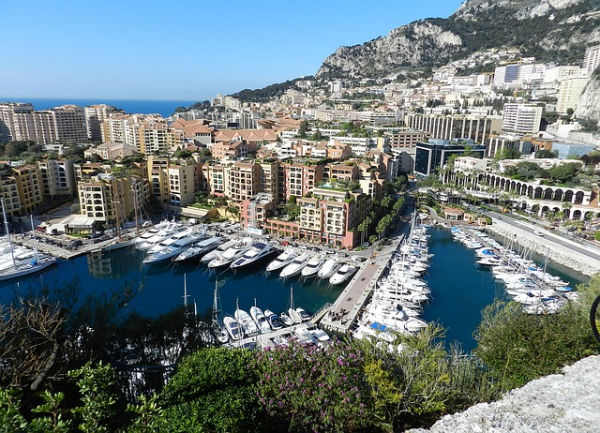 And Some Interesting Facts ... All about the Monaco Flag

The flag of Monaco is comprised of two equal stripes of red and white, the heraldic colours of the House of Grimaldi, the royal family of Monaco. 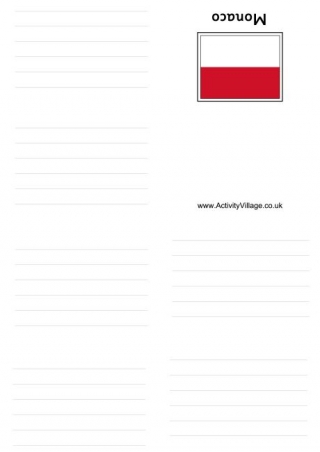 Print and fold our little booklet with the Monaco flag and use it to store your research, travel plans etc! Folding instructions are here. We have four varieties of our bookmarks to print out here, all featuring the Monaco flag. There are two to colour, and two already coloured. Can the kids find Monaco on the map of Europe, and answer some factual questions too? They might need to do some research first. Colour in the Monaco flag. It's an easy one to do - you'll just need a red pen or pencil! Here's a fun way to learn the flag of Monaco. Just print onto card, cut out with the help of our jigsaw instructions and cutting guides - choosing a guide that's appropriate for the age of your child - and then put it back together again! You can print out the flag of Monaco in four different sizes with the pdf file below. Monaco is one of the smallest countries in the world, so the kids will really need to use their location skills to find it on our map of Europe. We've got an easier guided version for younger children too... We have two notebooking pages that you can use when learning about Monaco. Both feature the distinctive flag. The first has space for a drawing or map. Print this useful map to help teach kids where to find Monaco on a map of Europe. Use this worksheet to begin your studies about Monaco. Can the kids find out a few easy facts about the country, then write down what they've learned?