Here are a few more puzzles for your St George's Day activities in the classroom or home - including a couple of mazes and a crossword or two! 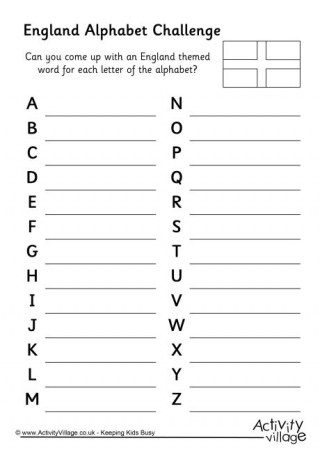 Here's a real challenge! Can you think of a word beginning with each of the letters of the alphabet, all the way through from A to Z, with England as their theme? 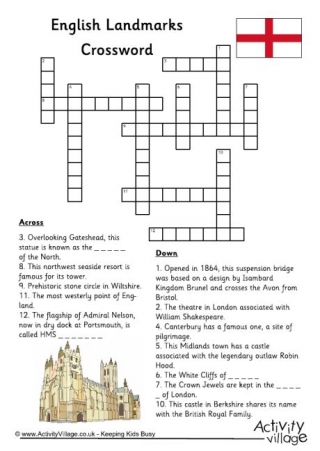 Here's a crossword for older children to attempt with the clues based on a number of well-known English landmarks.

Can you decypher the King of Silene's letter to Saint George? Write the beginning sound of each picture in the box below to reveal the contents... 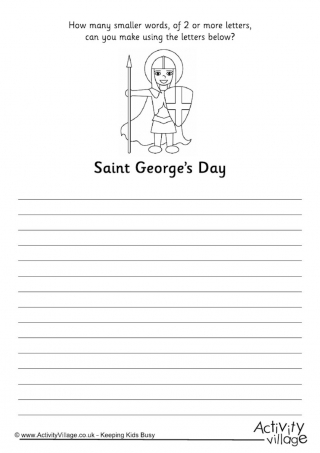 How many smaller words - with more than 2 letters - can you make using the letters in "Saint George's Day"? 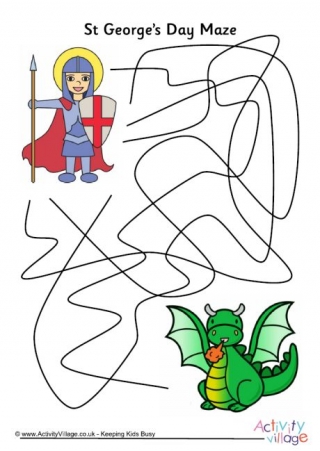 Here's a simple maze for younger children. Which path should Saint George take if he wants to fight the dragon? 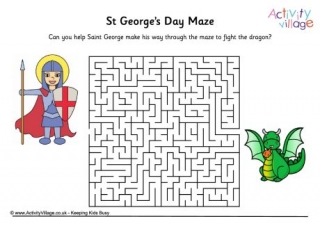 Here's a tricky maze for older children to attempt. Can they find the path through the maze to the other side, so that Saint George can fight his dragon? 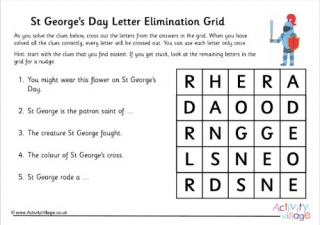 Here's an elimination grid puzzle with a St George's day theme. Answer the questions and cross off the letters from the answer in the grid, using each letter only once. Keep going until every letter is eliminated! 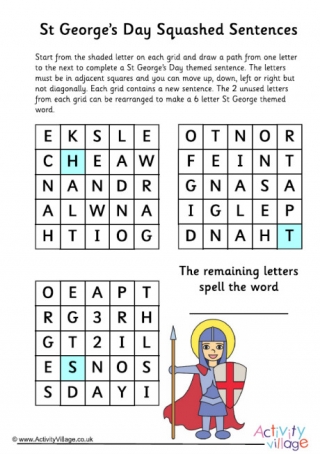 Puzzle fans will love these squashed sentences puzzles, and they are certainly quite a challenge! Can you draw a path from one letter to the next to complete a St George's Day themed sentence? 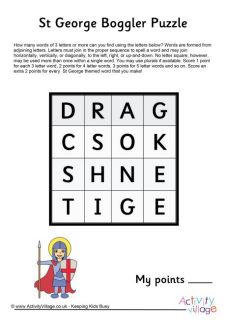