Learn all about Morocco with the children! Travel with us to northwest Africa, to a land of snow-capped mountains, beautiful beaches and desert sand dunes. Here you’ll find ancient cities full of mosques and traditional markets selling spices, textiles, pottery and leatherware. The explore our collection of resources to back up what you've learned. 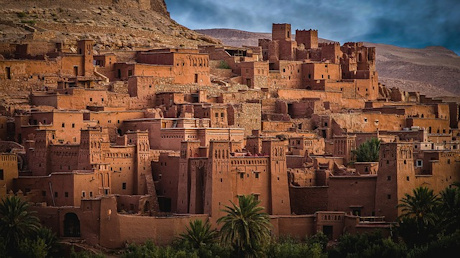 Red is a symbolic colour in Morocco, representing the descent of the royal family from the Prophet Muhammad. There is a green five-pointed star in the centre with black borders. 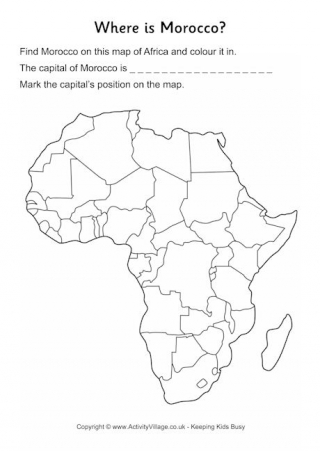 Where is Morocco? Can the kids recognise it on our outline map location worksheets? 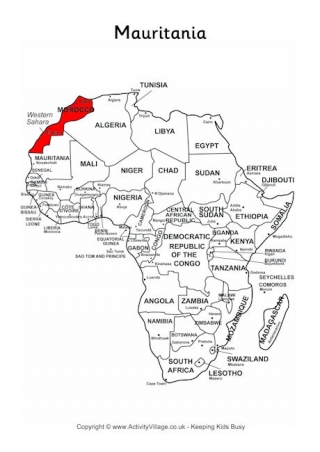 This simplified outline map shows children the position and scale of Morocco relative to its surroundings. 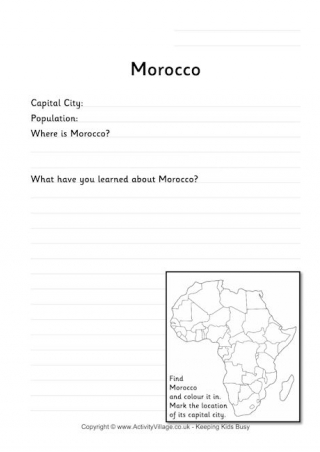 This worksheet, aimed at younger children, asks them to find out and record a few interesting facts about Morocco.