Kids can learn a little about Mozart and enjoy our collection of colouring pages and printable activities, including worksheet, writing page, notebooking pages and "learn to draw Mozart" tutorial.

Wolfgang Amadeus Mozart, 1756 to 1791, was a child prodigy and prolific composer, composing over 600 works in his short lifetime.

Wolfgang's father was himself a composer and music teacher, and by the age of only five Wolfgang was already excellent on the keyboard and violin and even composing his own pieces! His sister, 4 year's older than him, was also an excellent musician. The family travelled throughout Europe, with Wolfgang and his sister performing and delighting their audiences.

When Wolfgang was 17 he was employed as court musician in Salzburg, Austria. This was the beginning of a restless career for the young man, whose genius often made him unhappy and difficult to be around! It is possible that, like many child celebrities these days, he had a hard time dealing with the lack of attention he received as he grew older. In 1791, at just 35 years old, Wolfgang died in Austria's capital city, Vienna, having lived his last few years in financial distress.

Fun Fact: Mozart had composed his first opera - at the request of an emperor - by the age of 13!

"Neither a lofty degree of intelligence nor imagination nor both together go to the making of genius. Love, love, love, that is the soul of genius."
Mozart 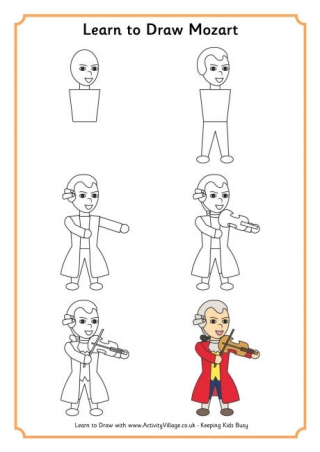 It can be tricky to draw figures, but this step by step learn to draw sheet shows you how. You get to create your own drawing of Mozart playing his violin! 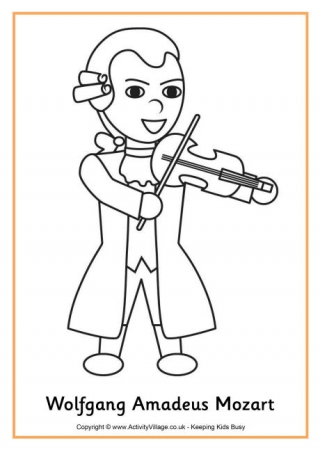 Mozart plays his violin on this colouring page. He was born in 1756, but his music is still very famous and popular. 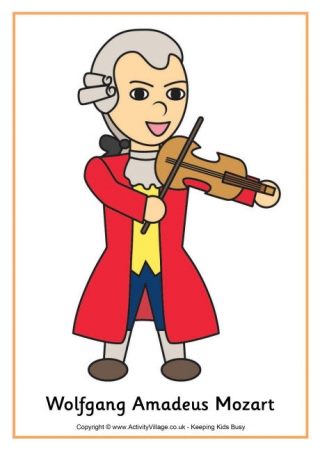 This colourful posters shows Mozart playing his violin. not only do we still appreciate his music nearly 300 years later, but he was an inspiration to many other musicians including Beethoven. 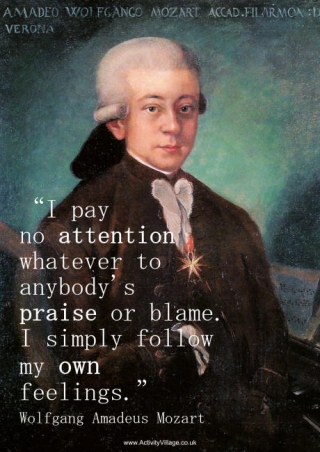 "I pay not attention whatever to anybody's praise or blame. I simply follow my own feelings." So said Wolfgang Amadeus Mozart, pictured in this quotation poster. 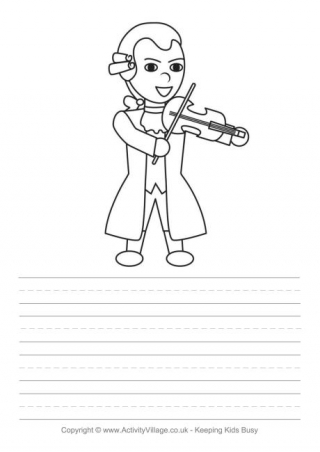 Young writers will enjoy this Mozart story paper which has room for some writing and a picture to colour in. Mozart played the piano too and wrote over 600 pieces of music! 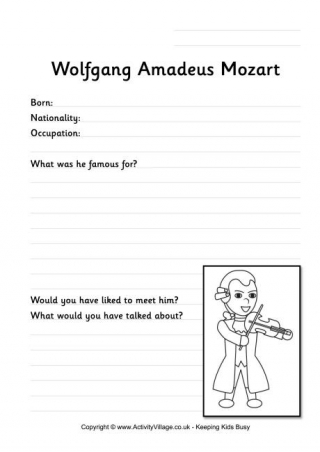 Our fact-finding worksheets are designed to encourage your children to learn about new topics and people, and this one is all about the child prodigy and classical composer, Wolfgang Amadeus Mozart. There are questions to answer and a picture to colour in. 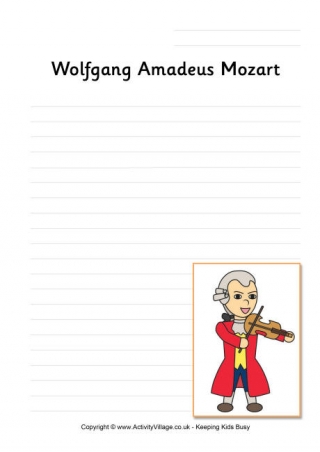 Musically minded? This writing page features one of the most famous musicians and composers of all time. He played the violin and piano from the age of five! You could use this writing page for a biography or to collect facts. 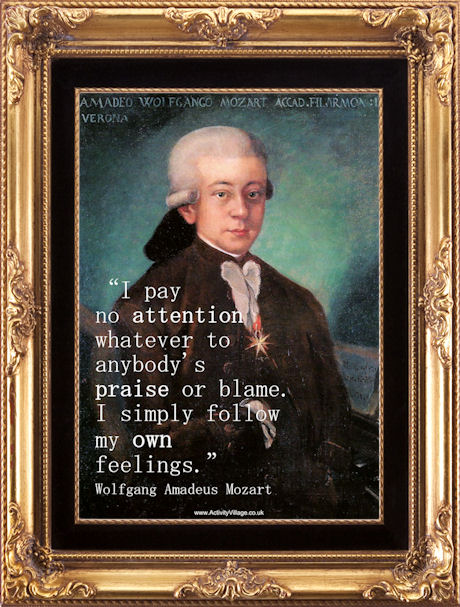 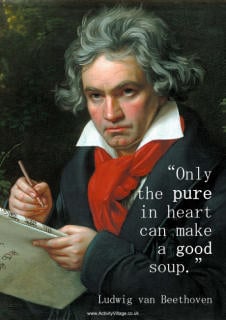