Roald Dahl describes the appearance of Mrs Twit excellently in the book. This worksheet asks children to think about the traits and actions of the character to complete this Mrs Twit character study. 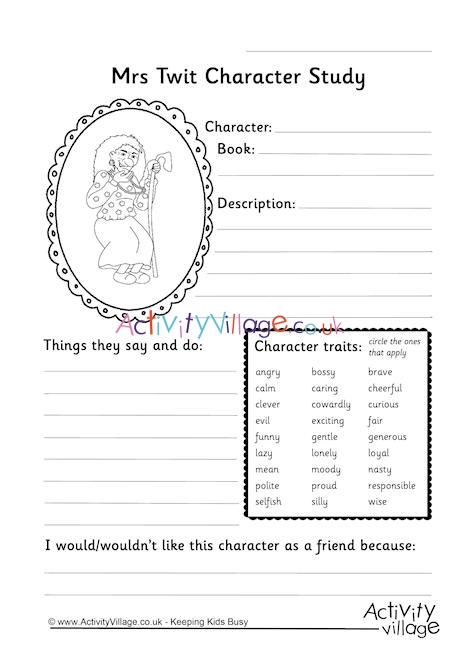