Muhammad Ali (1942 - 2016) was named Cassius Clay, Jr as a child, but changed his name to Muhammad Ali when he became a Muslim in 1975. Muhammad Ali was a heavyweight boxer and won a gold medal at the Rome Summer Olympics in 1960, but his Olympic medal was not the reason he became famous worldwide as much as several historic boxing matches against other heavyweights over the years, his interesting style and his "bragging" about how good he was!

Fun fact: When Muhammad Ali (then Cassius Clay) was 12 years old his bike was stolen. He told a policeman, who also happened to be a boxing coach, that he was going to "whup" the thief. The policeman told him that he ought to learn to box first!

“I hated every minute of training, but I said, "Don't quit. Suffer now and live the rest of your life as a champion."
Muhammad Ali 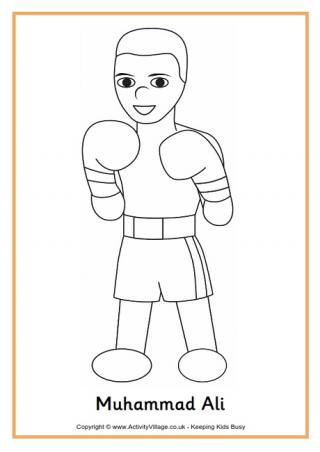 Float like a butterfly, sting like a bee, and colour in this fun colouring page of Muhammad Ali! 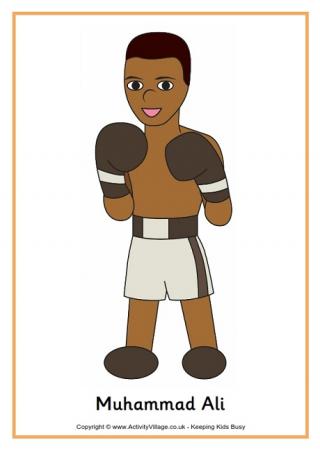 Here is a fun illustrated poster of the great heavyweight Muhammad Ali (Cassius Clay) to display or use as the front page of a project, perhaps... 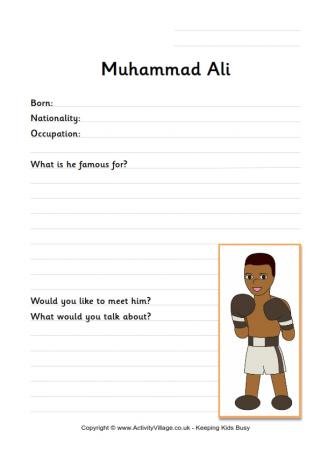 One of our fun worksheets on Famous Olympians, this one asks children to do some research on Muhammad Ali and fill in the blanks! 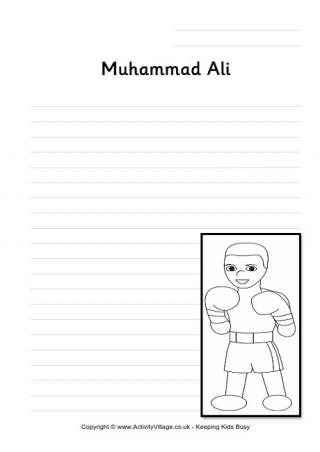 Write about the iconic Muhammad Ali, copy out some of his most famous quotes, or make up a story about the heavyweight boxer using our fun writing pages... 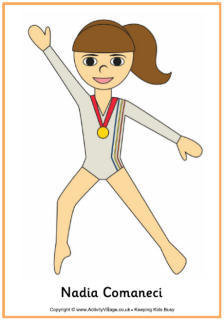