Nadia Comăneci (1961 to present) won the world's hearts in the 1976 Summer Olympics in Montreal when, at just 14 years old, she was the first female gymnast ever to be awarded a perfect score of 10 in an Olympic gymnastic event! She went home with three Olympic gold medals for her country, Romania. Four years later she won a further two gold medals at the 1980 Summer Olympics in Moscow.

In 1984 and again in 2004, Nadia was awarded the Olympic Order, the highest award given by the International Olympic Committee, making her the youngest person to ever win the award and the only person to receive it twice! Nadia is now a joint citizen of the United States and Romania, and is involved with many charities and international organisations.

Fun fact: When Nadia scored her perfect 10, it couldn't be shown on the scoreboards as they only went as high as 9.9. The number 1.0 flashed up instead!

"You should also appreciate the goodness around you, and surround yourself with positive people."
Nadia Comaneci 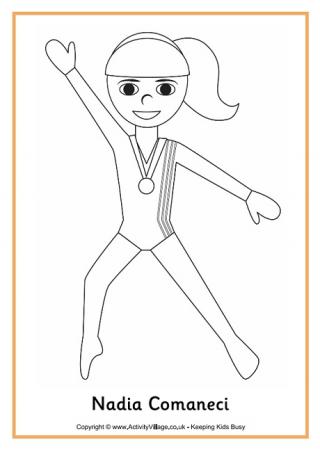 Here's a fun Nadia Comaneci colouring page which captures the 14 year old that the world fell in love with at the 1976 Olympic Games in Montreal. 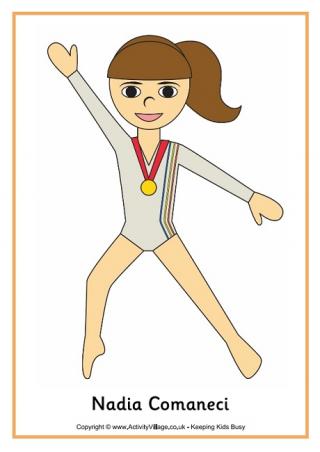 Here's a fun poster of a cheeky Nadia Comaneci with her Olympic gold medal! 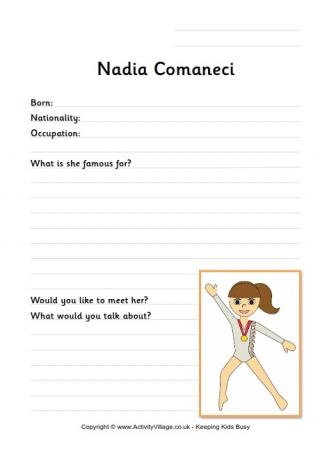 Find out some facts about Nadia Comaneci, who made the world fall in love with her in the 1976 Olympic Games, then fill in this fun worksheet. 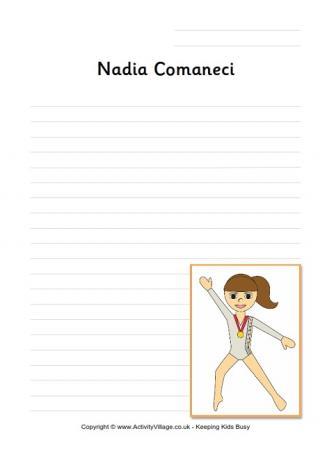 Use these writing pages for projects on Nadia Comaneci - we have colour and black and white versions for you to choose from. 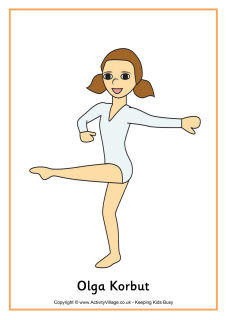