Print out the Dutch flag in three sizes, as a jigsaw, bookmarks, or to colour in! You can also enjoy learning a little about the Netherlands in "fun fact" format below. 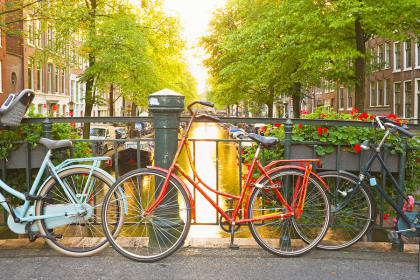 Bikes on a bridge in Amsterdam, capital city of the Netherlands

Learn About the Netherlands

Geography of the Netherlands:

About the Dutch Flag

The Netherlands flag is a horizontal tricolor of equal red, white, and blue stripes. Originally the red stripe was orange, and all three colours were based on the coat of arms of Prince William of Orange. 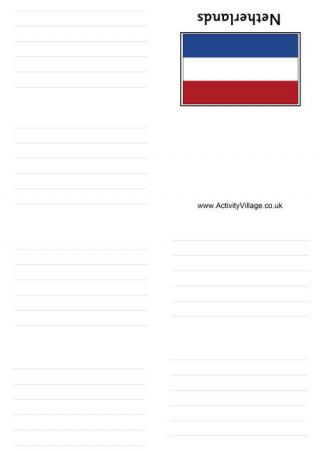 Print and fold this little Netherlands booklet - useful for storing facts and research! Instructions, if you need them, are here. 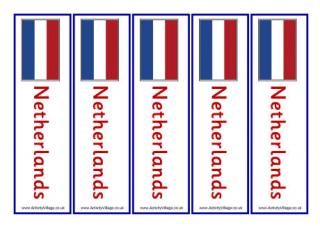 There are four sets of bookmarks for the Netherlands below - two to colour in and two to print out in colour. 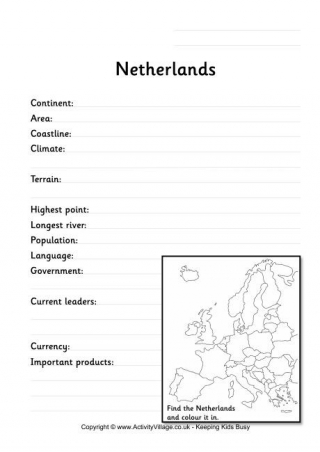 Ask the kids to learn some geographical facts about the Netherlands, then they can have fun filling in our fact worksheet. 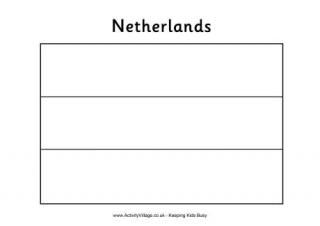 Colour in the flag for the Netherlands in red, white and blue - in the right order if you can! 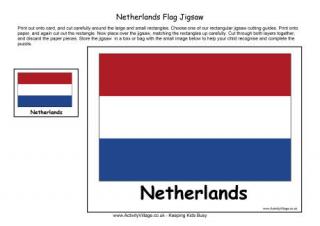 Print out our Netherlands flag jigsaw then cut it out using our cutting guides, adapting to suit the age of your child. Quick, simple and a great way to learn the flags! 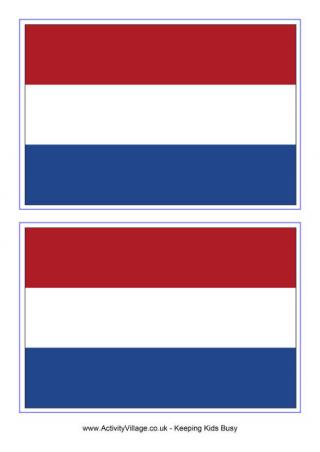 Here's a set of printable Netherlands flags in 3 different sizes, from large to very small! 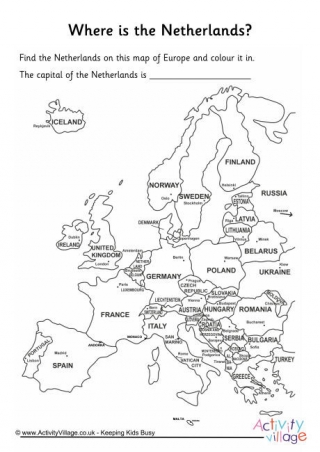 We have two versions of our location worksheet for the Netherlands available. One is guided and has the names of all the other European countries, and one is blank for an extra challenge! 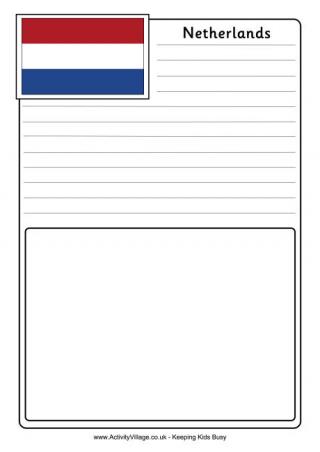 Choose from one of these notebooking pages to write about the Netherlands. 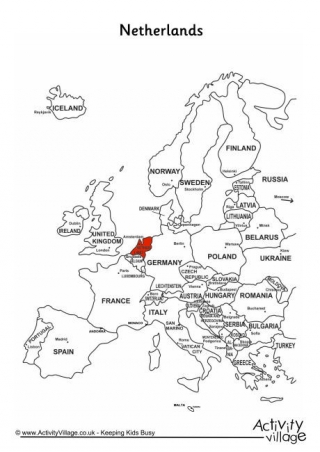 Our simple maps are really helpful for learning the locations of different countries. This map clearly shows the location of the Netherlands in Europe. 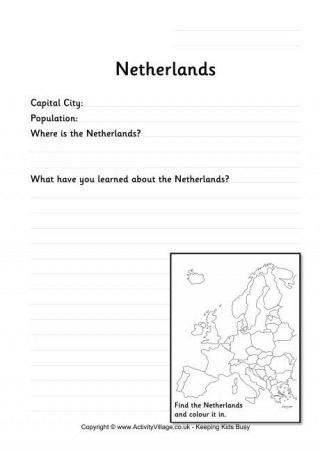 This Netherlands worksheet is perfect for younger kids studying European countries as a topic. Can they answer some simple factual questions and find the Netherlands on the map of Europe?