New Zealand has some of the most beautiful ferns in the world and the silver fern is a national symbol. You often see the spiral shape of the unfurled silver fern leaf, the koru, in art, and koru necklaces carved out of bone were (and still are) popular. 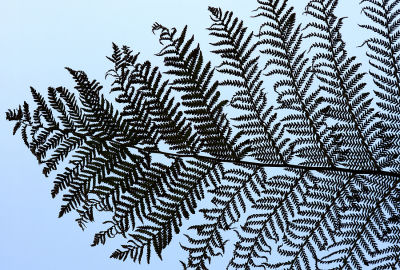 There are about 190 species of fern in New Zealand, ranging in size from a few centimetres up to 24 metres tall! See some super fern photos here (leaving Activity Village). 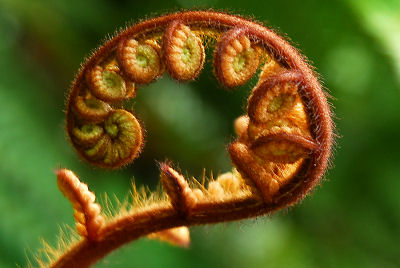 This shape, of an unfurling fern frond, is called a Koru by the Maoris. The shape is another popular symbol of New Zealand and represents the unfolding of new life, fresh starts. 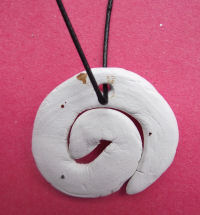 The Maori traditionally carved bone into pendants for necklaces and the koru was a popular shape. You can have a go too with our bone-carving necklaces craft! 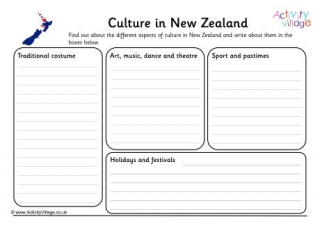 Sport is certainly popular in New Zealand but can you find out which sports are loved the most there, and then find out about other aspects of New Zealand culture too? 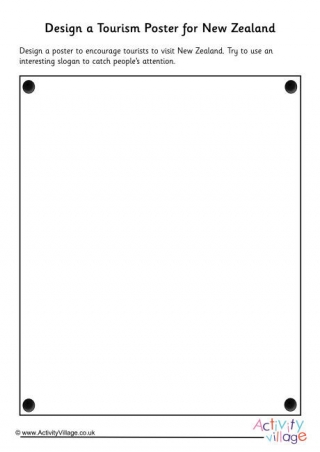 What will the kids include on a tourism poster for New Zealand? Great as a solo activity, or for creating a class display of posters! 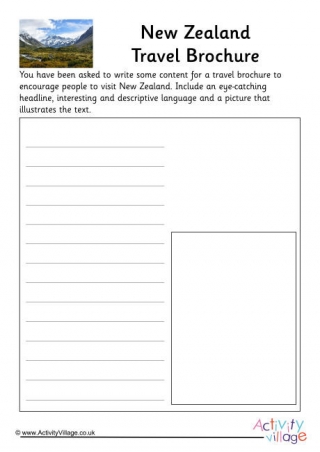 New Zealand looks like a great place to visit, but can the kids write their own content for a travel brochure encouraging tourists to go there?