Introduce Niger to the kids with some interesting facts and our flag printables, colouring page and worksheets. 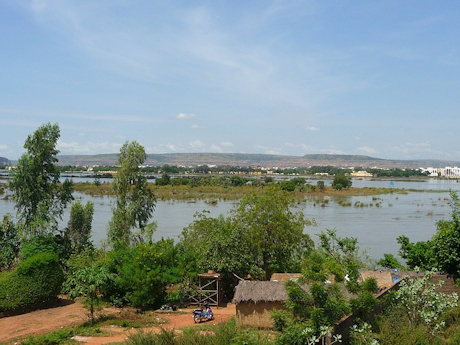 The orange, white and green of Niger’s flag represent the Sahara Desert, purity, hope and the regions of southern Niger. The circle in the centre symbolises independence and the sun. 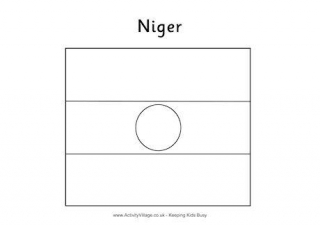 You will need your orange and green pencils to colour in the flag of Niger. 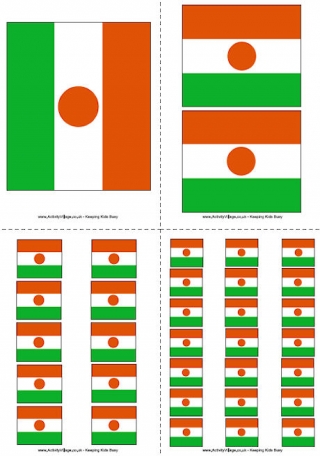 We have the flag of Niger for you here, in four different printable sizes. Just download, print and cut out… 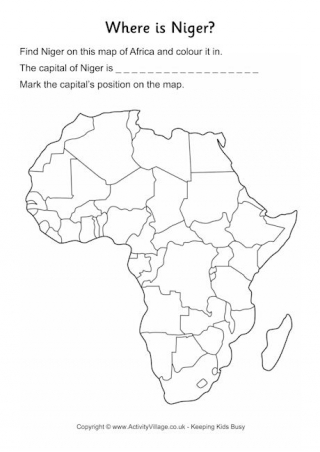 Help children learn where Niger is situated within the African continent with these location map worksheets. 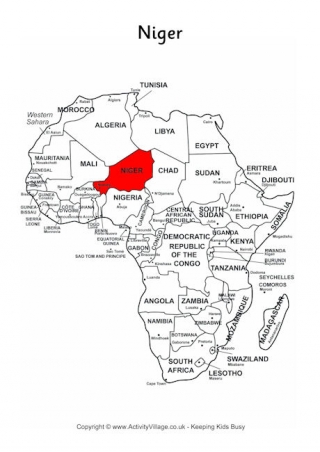 Niger has quite a central location within Africa, which can be seen on our simple outline map. 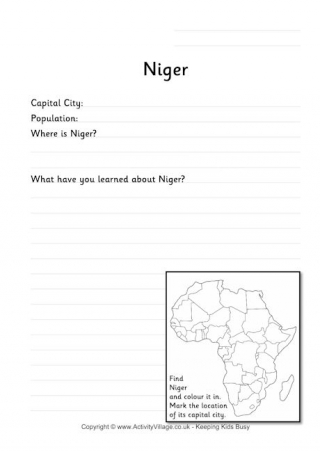 This is a very simple fact-finding worksheet on Niger, with plenty of space for children to gather together any interesting information they have discovered.