Learn a little about the South Pacific island of Niue, and enjoy our flag printables - the Niue flag is full of sunshine! 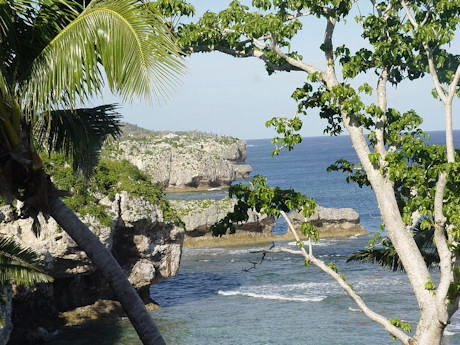 Alofi Bay, on the island of Niue

Some interesting facts about Niue...

About the Niue Flag

The Niue flag is very unusual in two ways. Firstly, most flags which include the Union flag have a blue background, not yellow! And secondly, it is very unusual to alter the Union flag element. The lovely bright yellow colour is said to represent sunshine and to symbolise the warmth that Niue feels towards New Zealand. 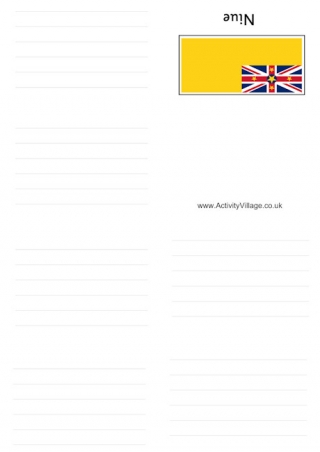 Our little booklets fold up easily and are perfect for recording facts and figures, or for drawing pictures. This one features the flag of Niue. Folding instructions are here. 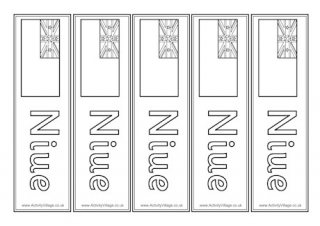 Print out our Niue bookmarks - some to be coloured in, some ready to go as is! You can write messages on the blank ones, or draw designs... 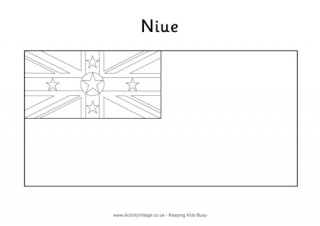 Colour in the flag of Niue and let some sunshine into your life! I hope you have a suitable bright yellow pen or pencil! 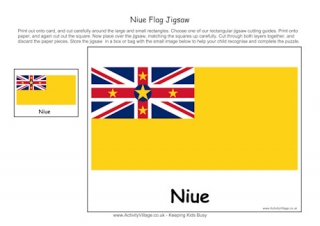 Here's a printable jigsaw featuring the Niue flag. Just follow the instructions here and you will have an activity that can be adapted for all ages and repeated over again. 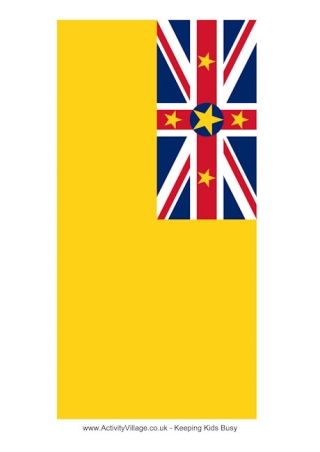 Print out the cheerful Niue flag in four different sizes! 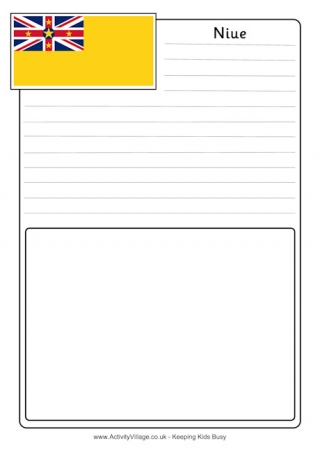 We have two notebooking pages featuring the colourful Niue flag - one with room for a picture or map, one lined throughout.