As well as being able to compare numbers, it is important that children can put numbers into order and recognise that one number (or number symbol) might be greater than or less than another. This builds on the previous sections but with a slightly different emphasis: on the number rather than the object. By the end of this section, children should be able to arrange numbes from the greatest to the smallest, and from the smallest to the greatest. 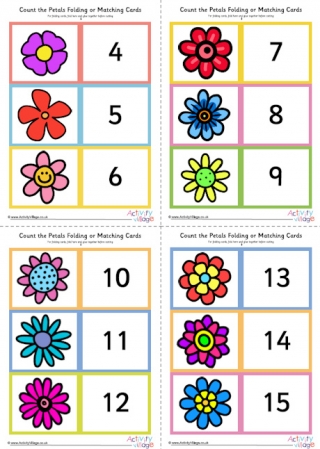 Count the petals! Our pretty flowers with from 4 petals to 20 petals challenge the kids to count. Use this set as double-sided flashcards by folding, or cut them all apart for some matching activities. Start with just a few cards with lower numbers and then work up. 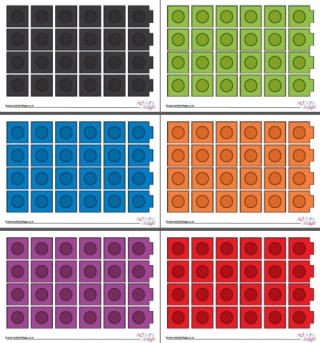 This is a ten page file with ten different colours of large counting cubes - perfect for when you need something for cutting and sticking into maths notebooks. They might also be useful when you want to do a "hands-on" activity but don't have any maths manipulatives to hand. 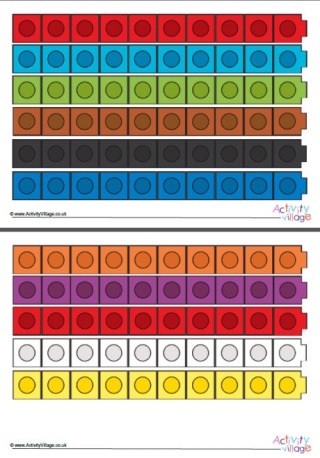 This set of printable counting cubes includes 10 of each colour, including a "top" cube. We've spaced them so that you can cut them out as quickly as possible. 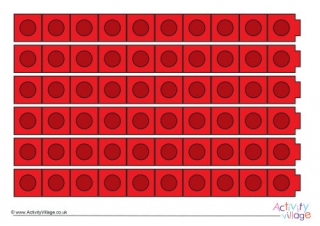 When you need a manipulative but don't have any to hand, these "paper" versions might be useful - and they are also great for cutting and pasting onto home-made posters and displays. 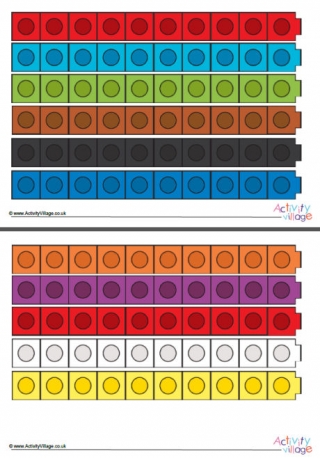 This 2-page printable contains 10 ready-stacked towers of our counting cubes for you to cut out and use with other same-size printables in the collection, in 10 different colours. 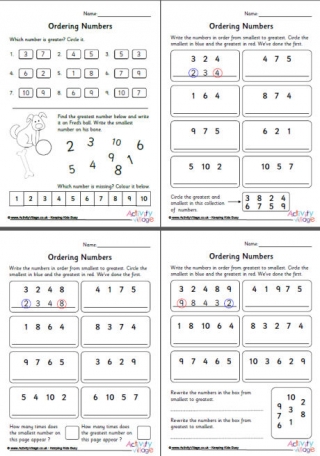 This set of 4 worksheets starts off very simple, asking children to pick the greater of 2 numbers and do some simple ordering. We then build up... 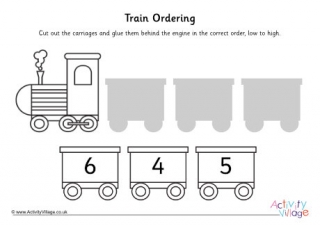 Choo choo! This train ordering activity is a fun way for the kids to practise ordering numbers up to 10 from low to high. 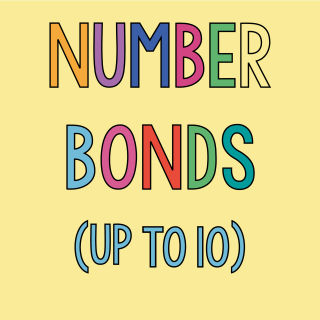 Number Bonds up to 10