There are about 340 islands to Palau, an island country in Micronesia. You can see one below! You can also colour the lovely flag, or print it out ready coloured, and learn a few fun facts about the country. 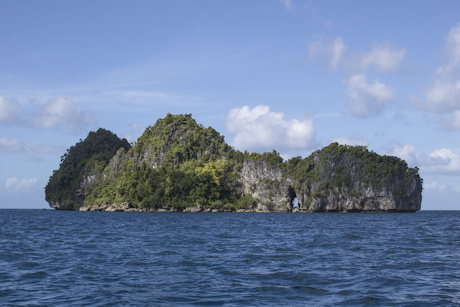 One of Palau's rock islands 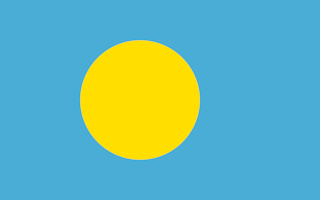 The blue background of the Palau flag represents the Pacific Ocean, and the slightly off-centre yellow circle symbolises the full moon. It was adopted on 1st January 1981.

This colouring flag of Palau should end up with a lovely bright yellow orange "sun" in the middle of a bright sky blue background. It's a striking flag! 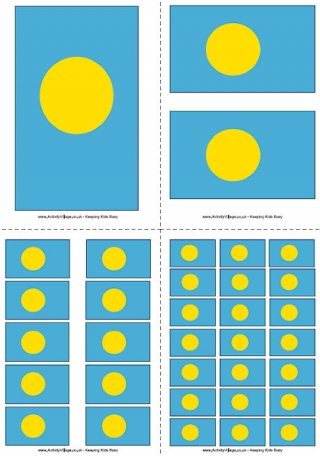 Here is the Palau flag, in four different sizes. Just print and cut out.