Our pirate tracing pages are a great way to give the kids some pencil control practice while capturing a current interest in all things pirate! Most have two dotted lines. We've designed them that way so that younger children can trace between the lines with felt tip pen or crayon, while older kids can trace over both sets of dotted lines for extra practice. 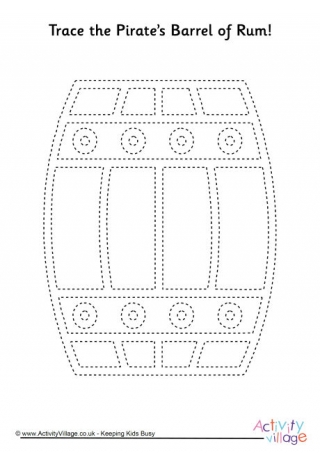 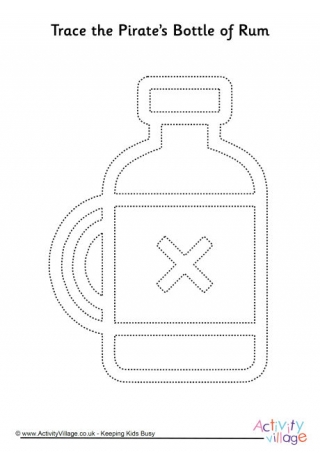 No self-respecting pirate of yore would have been without his bottle - or keg - of rum! Here's one for the kids to trace. Younger children should use a felt tip pen or crayon to trace in the channels between the dotted lines. Older kids should trace them all. 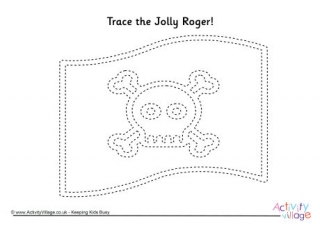 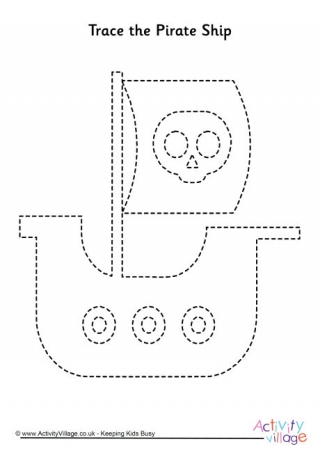 Trace the lines of this lovely pirate ship - there's no mistaking it, with its Jolly Roger flying high! 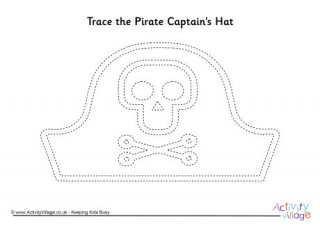 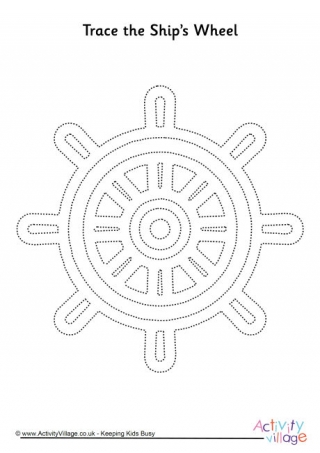 This ship's wheel tracing page is quite a challenge, whether you choose to trace between the dotted lines (younger kids) or over all the dotted lines. Encourage your child to take care and produce the best version they can. 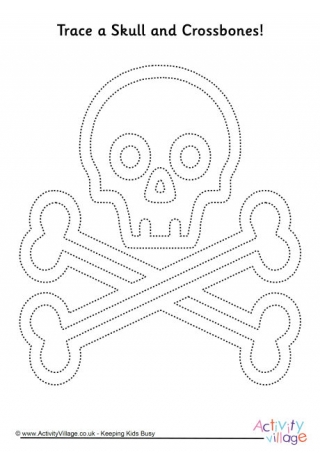 Hee's a gruesome tracing page for pirate fans! Trace the skull and crossbones - either between the lines on or both sets. The outlines are simple so you could also cut out the tracing and mount it on black paper to make your own jolly roger! 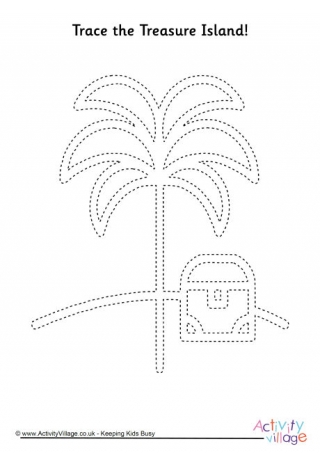 Younger children can trace between the dotted lines to create their own "treasure island" picture - perhaps choosing an appropriate colour of crayon or pen for each section. Older kids can simply trace over all the lines for more practice. 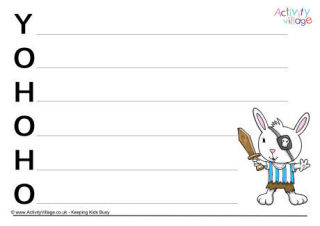