Our Queen Victoria colouring page features Victoria as a young queen.  She loved to dance at this time and her clothes would have been much more colourful than the widow's black of her later years. 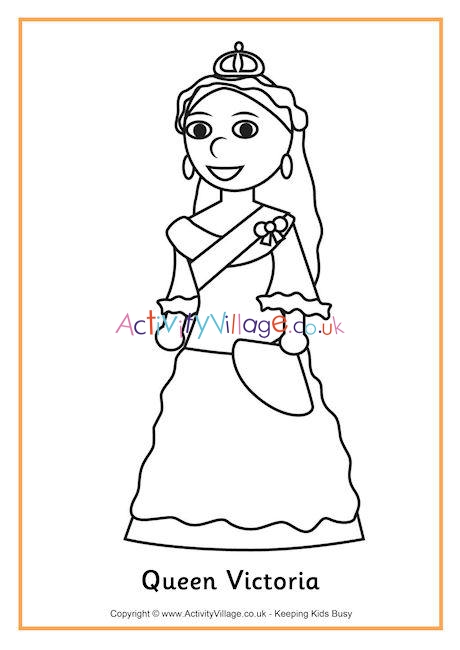