There's a lot to learn about Queen Victoria and her long reign in Britain, but our factsheet is a good place to start your studies on this remarkable monarch. 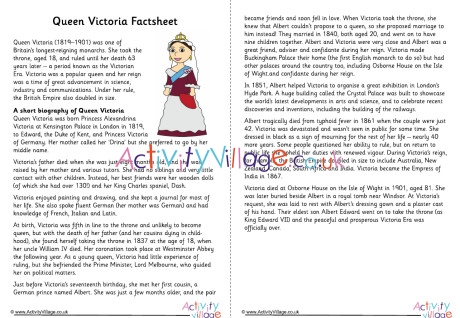