Queen Victoria and Prince Albert had 9 children, and they're all shown on this family tree. We also have another family tree showing Victoria's family going further back in time. 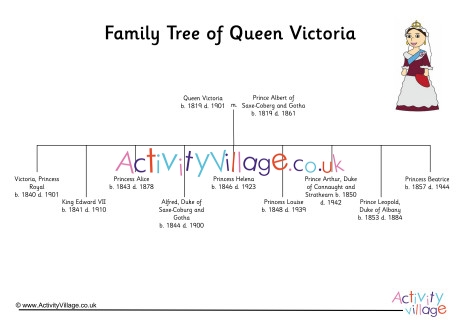