Queen Victoria would certainly be an interesting person to interview, and this fun worksheet lets the kids pretend they can ask her questions for a TV talk show.. 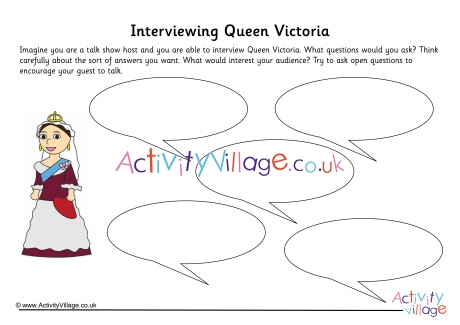