This simple worksheet is a great way to get younger kids learning about Queen Victoria. Can they find out a few simple facts about her, then write about if they would like to have met her and what they would have discussed? 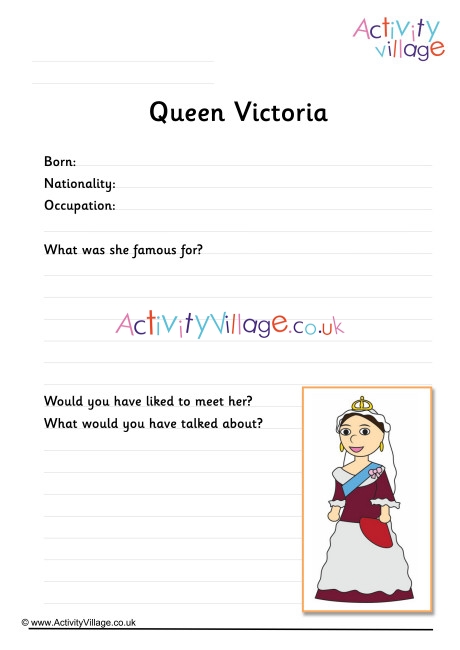