Younger children should be encouraged to trace between the dotted lines of this rabbit and carrot before colouring in. Older kids could trace on both sets of dotted lines for a more challenging activity. 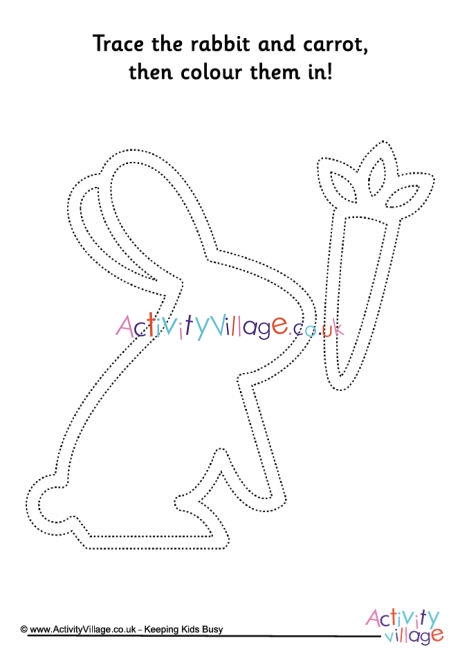 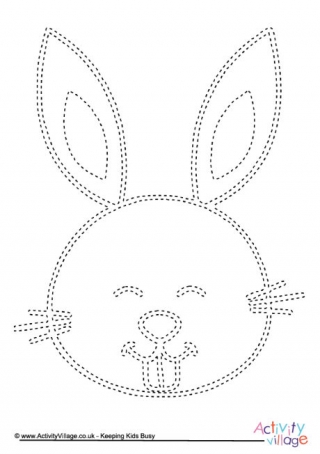 This bunny rabbit has a funny face which we hope will appeal to younger children, as they trace over the dotted lines! We've provided two sets of lines for extra practice, but beginners could treat the two lines as a "channel" and draw their line between them. 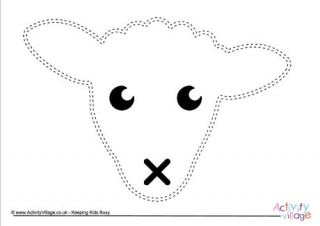 Here's an unusual tracing page for your youngest children to enjoy! There are two sets of dotted lines for extra practice - although beginners might want to draw one line between them, treating them as a "channel". 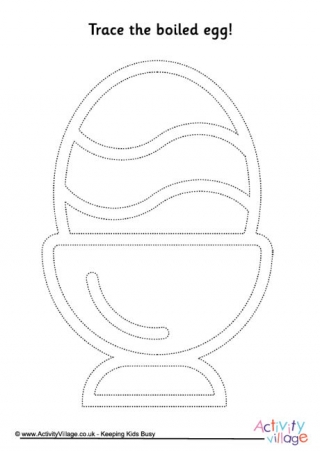 Who likes a boiled egg and soldiers for breakfast? We do! Little kids can trace this picture by drawing in between the lines. Those with a little more pencil control might trace along both sets of dotted lines, before colouring in.