Here's a colourful poster of Ravana to print for Diwali displays. According to legend, Ravana kidnapped Sita from her husband Rama to claim vengeance on Rama and his brother for having cut off the nose of his sister! In the end, Sita is rescued and Ravana is defeated by Rama, with the help of Hanuman. As you can see from the poster, Ravana has ten heads and twenty arms! 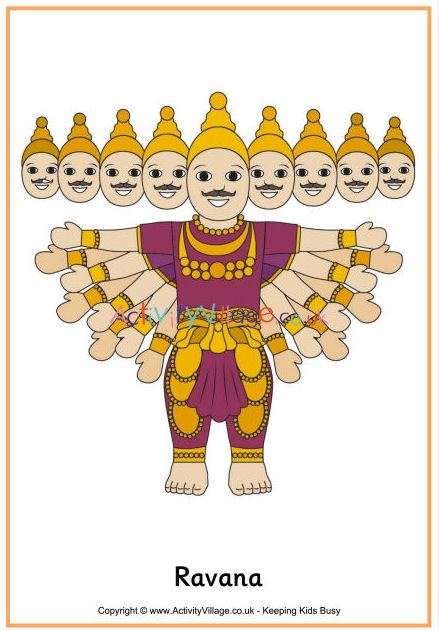 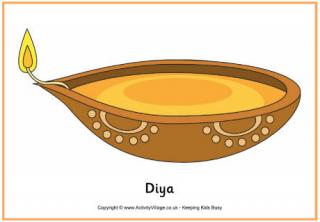 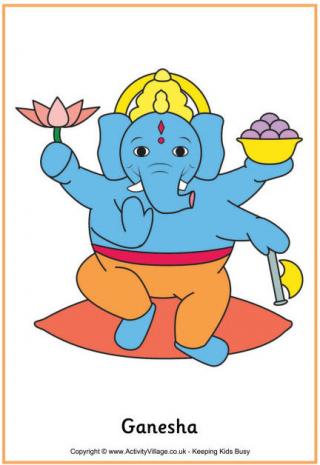 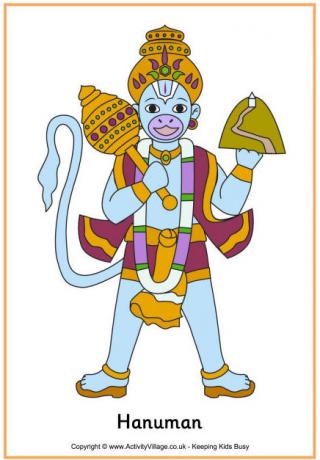