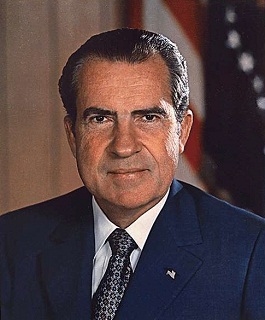 Nixon was a Republican. He had been Vice-President for eight years under Eisenhower. As President, he looked to improve America's relations with other countries and transferred power from the national government to the states. After re-election he became involved in the Watergate scandal which led him to become President to resign from office. 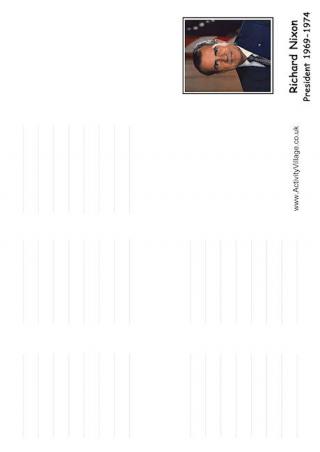 Record everything you find out about Richard Nixon in this useful booklet (folding instructions found here). 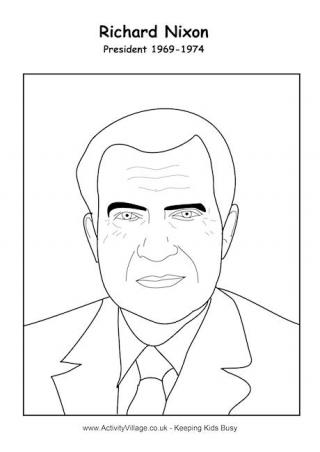 Colour in our printable picture of Richard Nixon, 37th President of the United States. 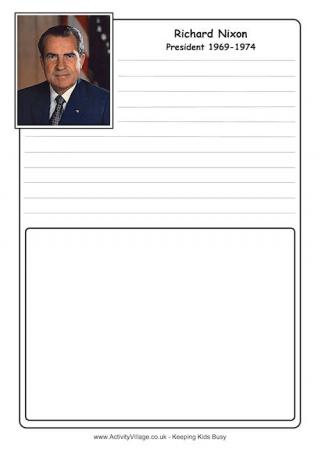 Use our notebooking pages, to store what you've learned about Richard Nixon. There are two versions to choose from below. 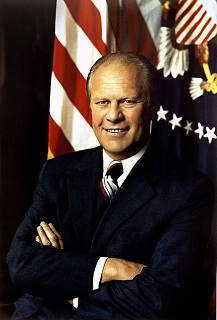