Robert Baden-Powell, affectionately known as B-P, was born in London in 1857 and was one of 10 children. His father died when he was three and he was raised by his mother, enjoying an active outdoor childhood with his brothers and his time at boarding school. He served in the British Army in India and Africa. 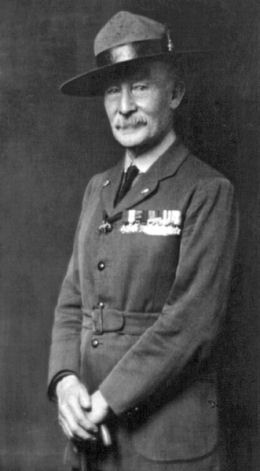 While in Africa, Baden-Powell wrote an army training manual, Aids to Scouting. When he returned to England in 1903 he discovered that the book had become very popular and was being used by teachers and youth workers. He therefore decided to rewrite the manual to help train young boys through games and activities, and in 1907 he held a camp on Brownsea Island to test his ideas with about twenty boys from the local Boys Brigade and public schools.

It was a huge success and boys and girls started to form Scout troops all over the country. A rally was held at Crystal Palace in London in 1909 and Robert discovered that 6,000 girls had joined up. He therefore encouraged his sister, Agnes, to found the Girl Guides, later led for many years by his wife, Olave.

Robert met his wife-to-be, Olave Soames, in 1912, on board ship. They shared the same birthday, 22nd February, although Robert was 32 years older than his wife. Their joint birthday was later to become Thinking Day.

In 1920, the first World Scout Jamboree took place in Olympia and Baden-Powell became Chief Scout. He became a baronet the following year.

Robert Baden-Powell retired from Scouting in 1937 and soon afterwards moved to Kenya, where he lived happily until his death in 1941. Later Baden-Powell's extraordinary achievements and service were recognised with a memorial in Westminster Abbey, and many awards from countries all over the world.

Fun Fact: Robert Baden-Powell was ambidextrous and a talented artist. 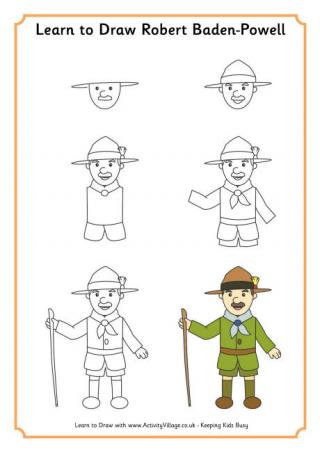 Will this help you get your scout or guide drawing badge? Learn to draw the figure of Robert Baden-Powell with this learn to draw sheet. 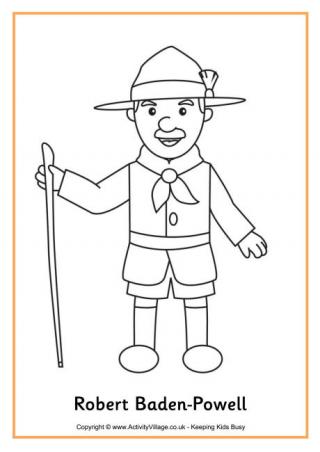 This colouring page shows Robert Baden-Powell, the man who started the Scouts and Guides! 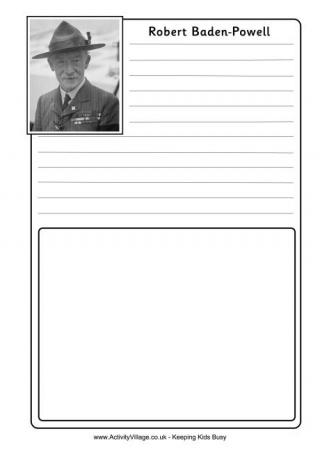 This notebooking page has a photograph of Robert Baden-Powell. He started the scouts in the early 20th Century when he wrote a book called Scouting for Boys. See what you can find out about his interesting life and record it on this handy page. There is a version with just lines too. 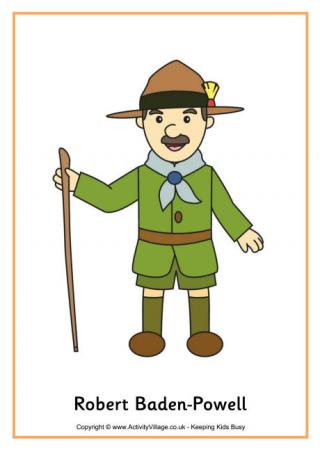 Put this poster of Robert Baden-Powell and decorate your Scout or Guide hall! 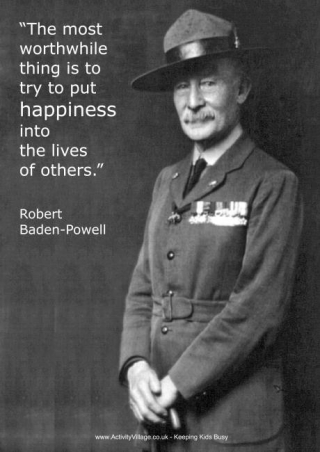 "The most worthwhile thing is to try to put happiness into the lives of others." So said Robert Baden-Powell, whose photograph is on this printable poster.

Please note that the quality of the photo isn't too good. We did the best we could! 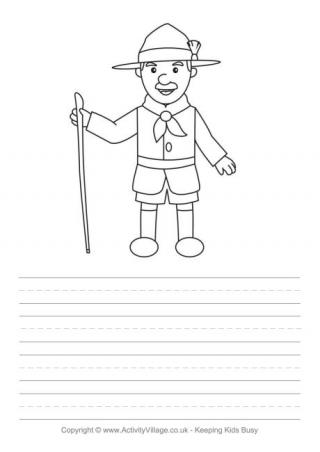 Robert Baden-Powell was the founder of the Scouting movement. This story paper, with a picture of him to colour, is the perfect place to record your own adventures. 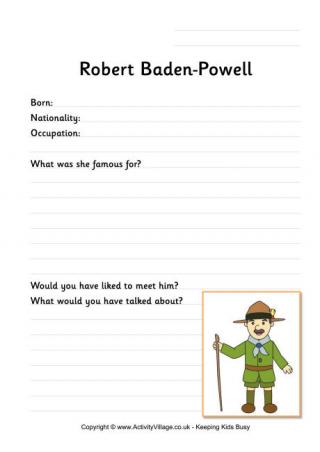 This worksheet on Robert Baden-Powell would be great for those involved in the organisations he founded. It has some interesting questions to start off your research and get you thinking. Print in colour or black and white. 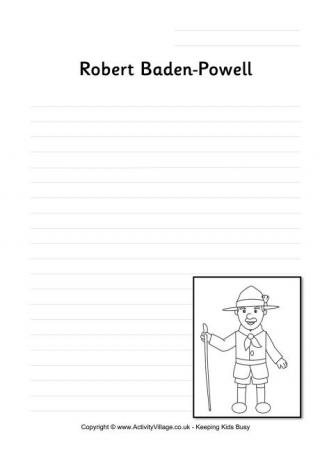 A great activity for anyone involved in Brownies, Guides, Cubs or Scouts or any of the related organisations! This writing page has a picture of Robert Baden-Powell, the man who started it all!