Saint Andrew was one of Jesus' disciples, and the brother of Peter. Both he and Peter were fishermen. Andrew was crucified. Legend says that relics of Saint Andrew were brought to Scotland to where the town of St Andrews stands today, and around the 10th century Andrew became the patron saint of Scotland.

Another legend tells the story of a mighty battle between the Picts and the Scots, led by Oengus II, on one side and the Angles on the other. Oengus was heavily outnumbered and, while praying the night before the battle, vowed that he would make Saint Andrew patron saint of Scotland if he won the battle. The next morning a distinctive white cross of clouds appeared in the sky, which Oengus and his men declared were the sign of the cross on which Saint Andrew died, and sure enough they had a mighty victory. The white cross against the blue sky was adopted as the flag of Scotland. 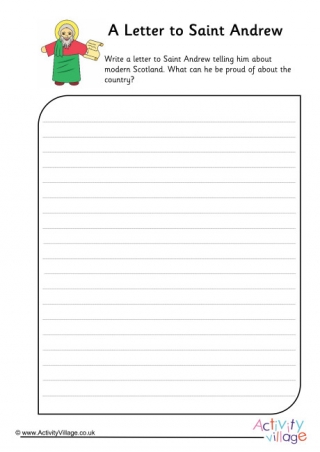 Scotland has changed a lot since the time of Saint Andrew. Can the children write a letter to Saint Andrew telling him all about modern Scotland? What do they think would make him proud about the country? 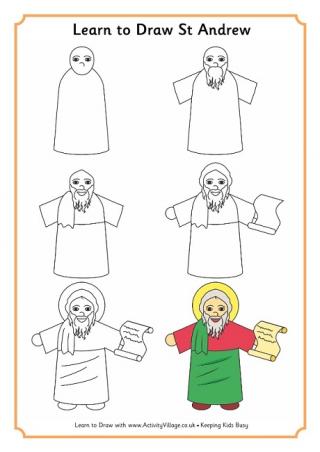 Learn to draw Saint Andrew, the patron saint of Scotland, with this fun step by step drawing tutorial for kids. 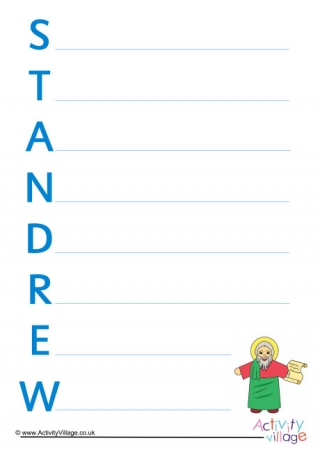 Children can show what they know about Saint Andrew by writing a poem on our Saint Andrew acrostic poem printable.

How much have the kids learned about Saint Andrew? Test their comprehension skills by asking them to fill in the missing words from the word bank. 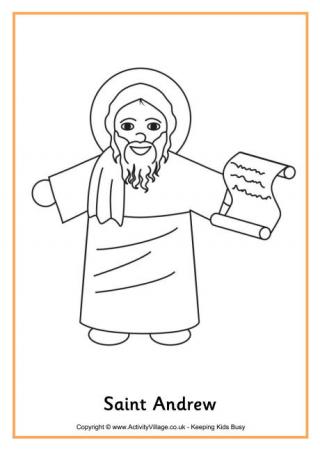 Here's a simple outline colouring picture of Saint Andrew to print for the kids. 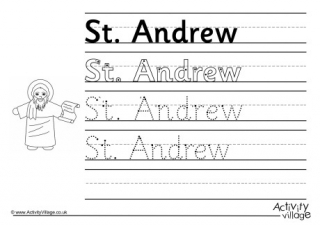 Learn to spell and write "St. Andrew" with this printable handwriting worksheet. 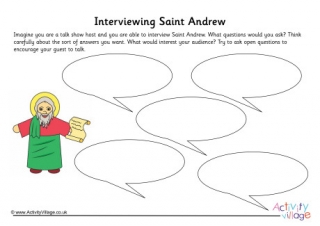 This interview worksheet helps the children practise writing open questions and asks them to imagine they are a talk show host interviewing Saint Andrew. 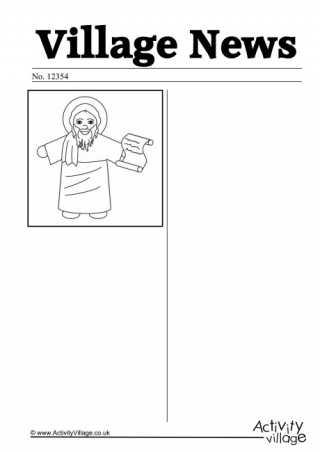 Use this Saint Andrew Newspaper Writing Prompt to write about his story as if you are a newspaper reporter - you might need to do a little research first... 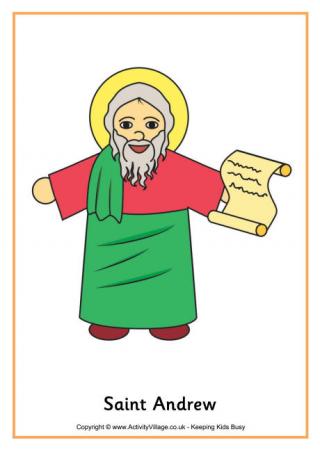 Print this fun poster of Saint Andrew to display, or perhaps as the front page of a project. 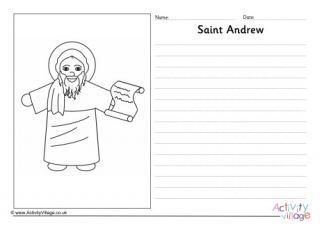 Choose from normal lines or handwriting lines for our Saint Andrew story paper. Write a llittle about the patron saint, then colour in the picture. 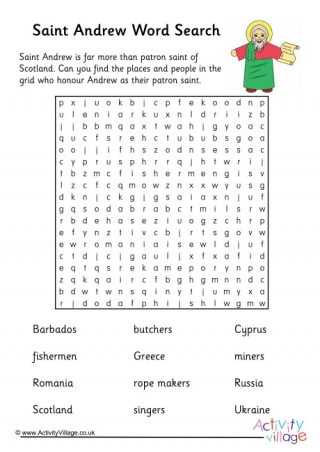 We've hidden 12 words associated with Saint Andrew in the word search grid. Can you find them all? Solution available below too. 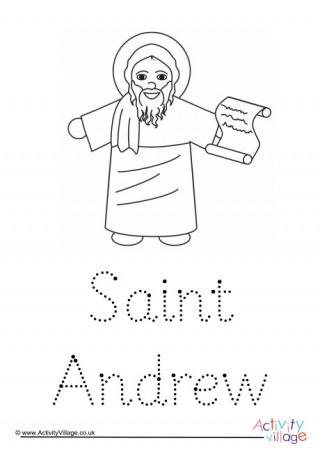 Here's a useful word tracing worksheet for St Andrew's Day, featuring a picture of Saint Andrew himself to colour in... 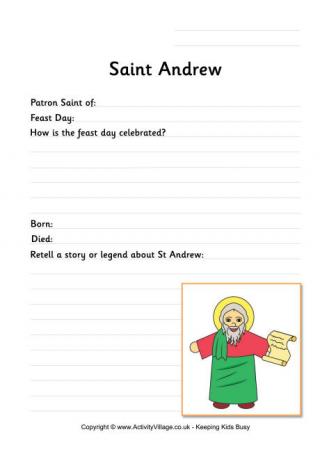 Find out a little about Saint Andrew by doing the research for this fun little worksheet. 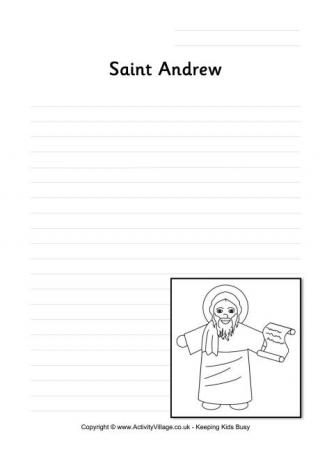 Use our Saint Andrew writing page to recount what you have learned about the patron saint, or perhaps to make up a story. 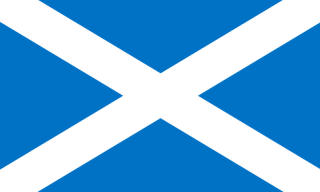 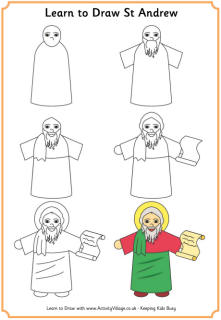