Find out a little about Samoa, and scroll down for our flag printables and colouring page... 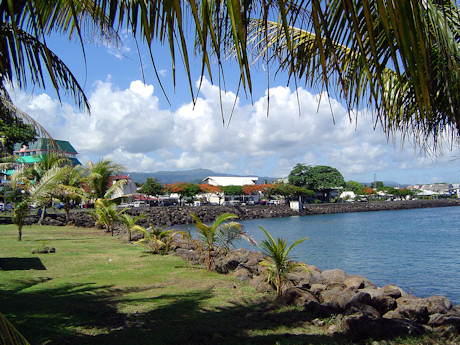 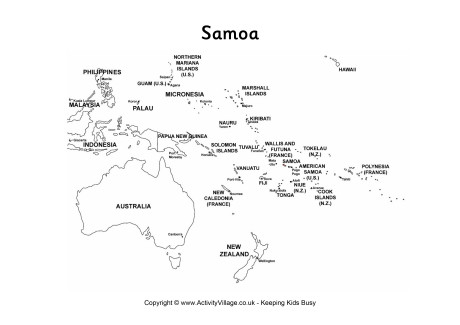 We have a printable map showing Samoa's location within Oceania here. You'll have to look carefully!

About the Samoan Flag 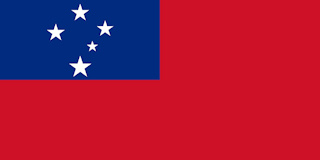 The white stars of the Southern Cross are featured on the Samoan Flag, with the blue said to represent freedom and red for courage. The flag was officially adopted on January 1, 1962.​ 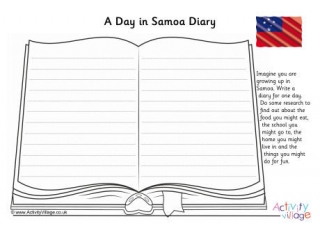 Put yourself in the shoes of a child living in Samoa and write a diary entry for a typical day. 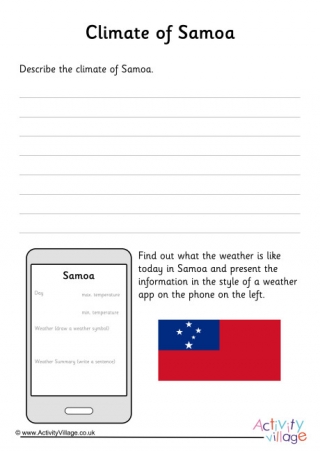 What's the weather like in Samoa today? Try to find out, and record the current forecast in the weather app on this worksheet. 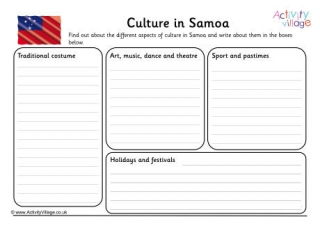 We've provided 4 boxes for the kids to fill with information or pictures about culture in Samoa. 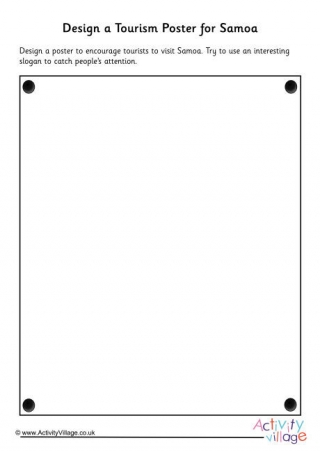 What will the kids include on their design for a tourism poster for Samoa? The finished result will be great for displaying in the classroom too... 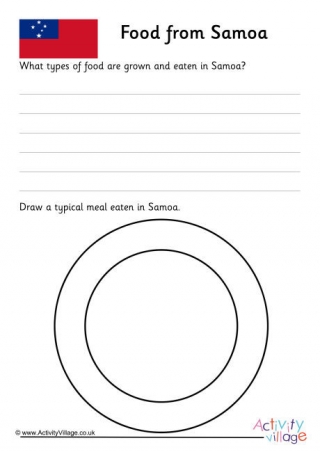 What do Samoans love to eat? Find out, then draw a picture of a typical meal... 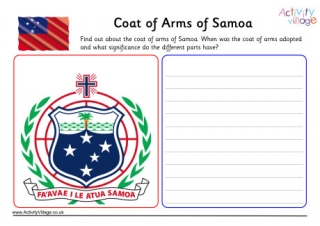 Choose from two worksheets for the Samoa coat of arms below. The first asks the children to find out about the coat of arms, when it was awarded and the significance of the different parts. 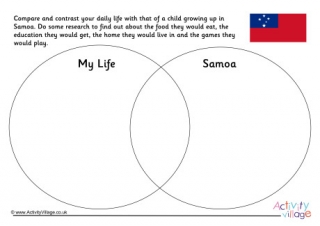 Fill in this Venn diagram with details about your own life and life in Samoa. Any similarities should go in the intersection where the two circles overlap. 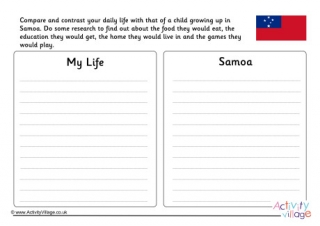 How do Samoa and the country where you live compare? Do some research then use our worksheet to find out. 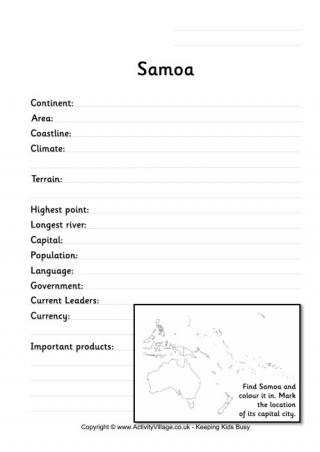 This is the harder of our two fact-finding worksheets. Once filled in your child will be the fount of knowledge about this island in Oceania! 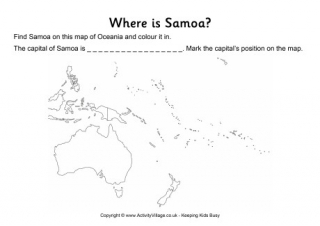 We have two levels of this Samoa location worksheet. The guided worksheet names all the countries in Oceania and it is just a question of locating Samoa, which is also marked. The blank version is much trickier! 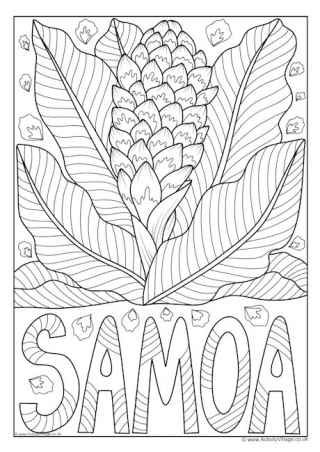 This national flower colouring page for Samoa features the Tuila flower. Teuila flowers can vary from lighter shades of pink to bold red shades, with red being the most traditional colour in Samoa - so you might like to choose pink or red shades for this pi 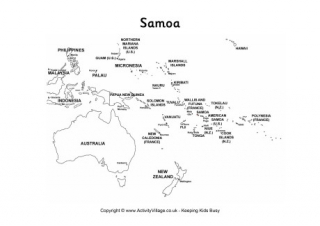 This simplified map of Oceania indicates Samoa's location in red. Use with our worksheets. 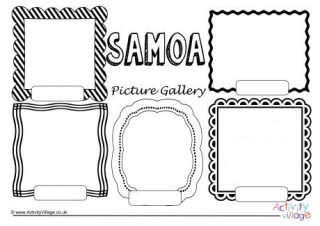 Find out a little about Samoa, then draw 5 pictures of things you might see there in this fun printable picture gallery. 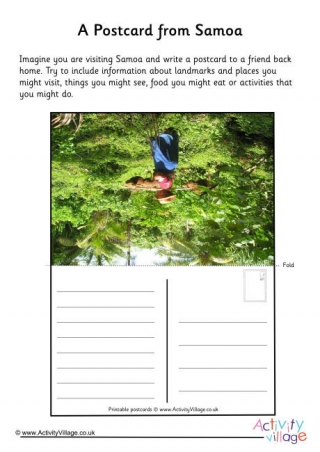 Our postcards from around the world (like this one for Samoa) are a great way to get to teach the kids how to address mail and encourage writing skills. Why not have a classroom postbox so the kids can send postcards to each other? 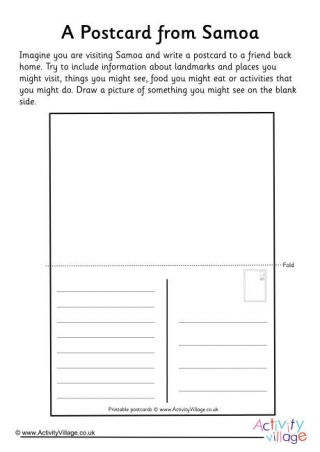 Do some research on Samoa, then write a postcard to a friend or family member as if you are visiting there. You can draw your own picture on the front, too! 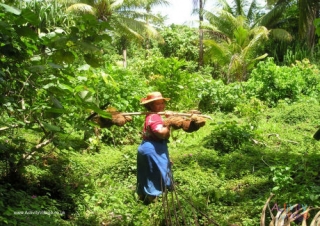 Print this lovely poster of Samoa to use as part of your studies or displays. 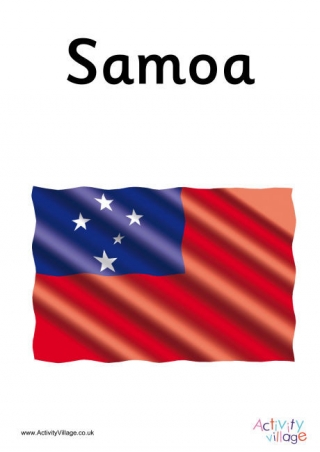 Help the kids learn to recognise the flag of Samoa, which features the white stars of the Southern Cros, by printing and displaying our poster. 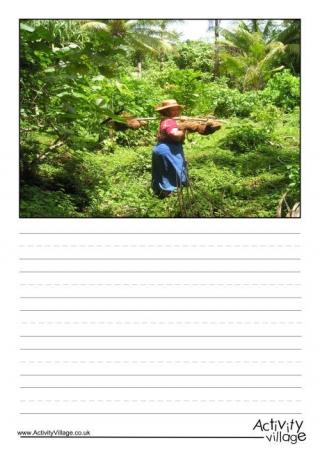 Describe what you see on the picture, or write a creative story based in Samoa on this lovely story paper. 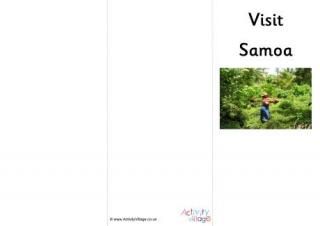 Create your own 3-fold tourist leaflet encouraging people to visit Samoa. We've added the front page for you... 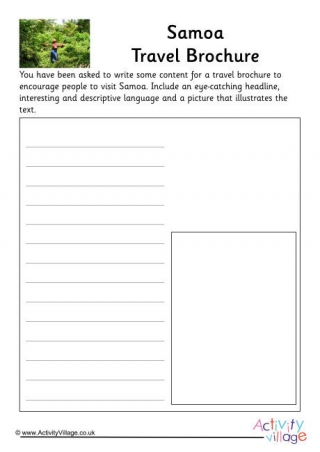 Do some research into Samoa, then write some information for a travel brochure encouraging visitors to go there. 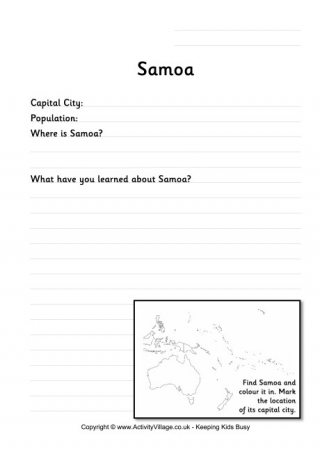 Find out some facts about Samoa and record them on this simple worksheet, which also offers some location practice. 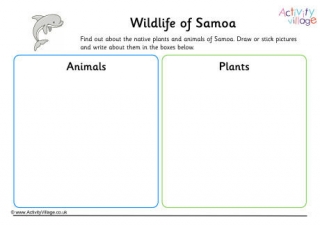 Dolphins regularly migrate through Samoa's warm waters, but what other creatures are found on the island? Write about them here.