Travel to one of the world’s smallest countries and oldest republics, where rugged mountains and hilly terrain have been home to the Sammarinese - the people of San Marino - for centuries. Then scroll down for some of our printable resources to test out your knowledge. 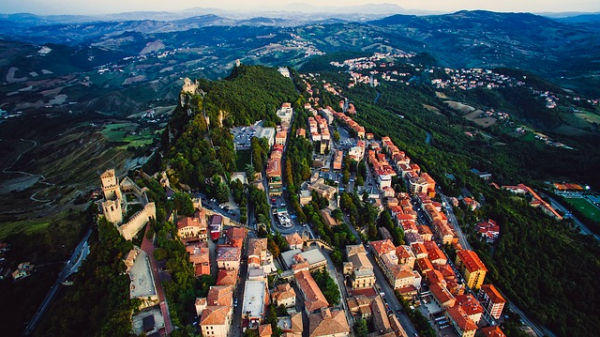 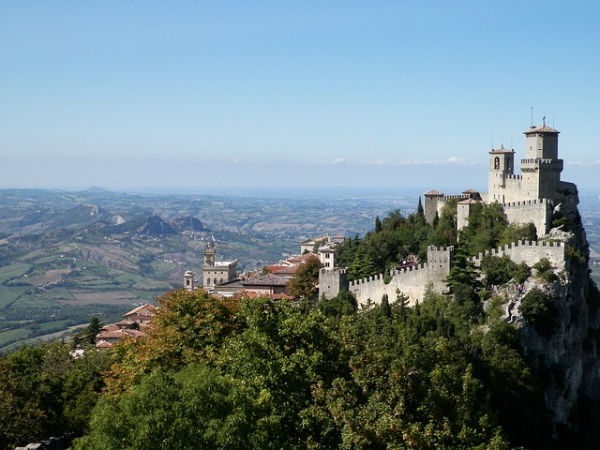 The most famous of San Marino's three towers, Guaita, which was once a prison

About the San Marino Flag 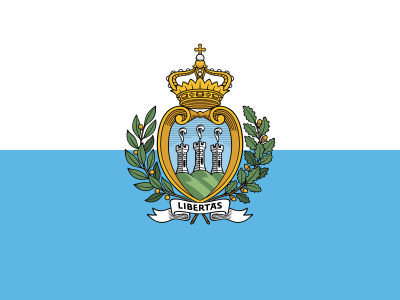 The San Marino flag has two equal stripes of white and azure blue. In the centre you can see the San Marino coat of arms, which features the famous "three towers". You can read about them here. 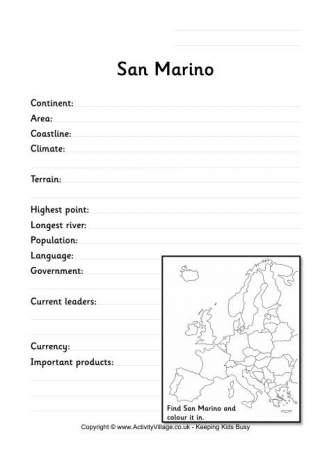 Here's a fact-finding worksheet all about San Marino, and it includes some location work too... 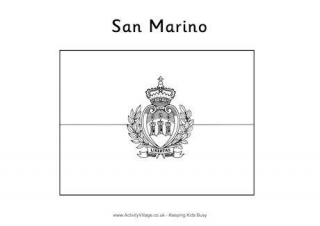 Here is a challenging colouring task for the kids - the San Marino flag! There is lots of detail in the coat of arms, laurel wreath and scroll that will need some careful colouring in. 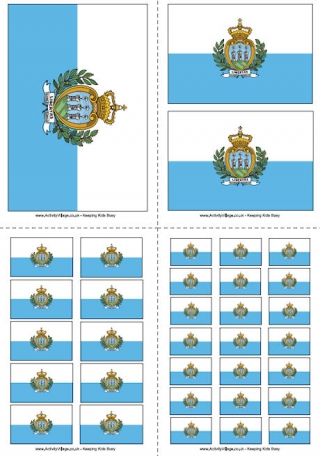 We have four different sizes of San Marino flag here for you to print and use in projects or for decoration. 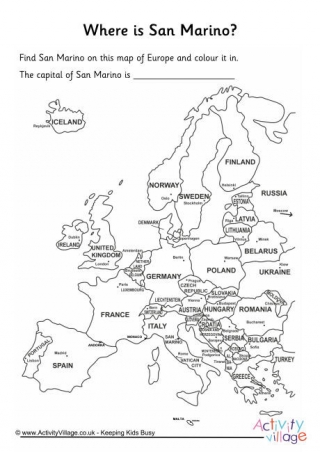 San Marino is one of the smallest countries in the world - can the kids find it on our map of Europe? We've got a guided version that's easier for younger kids. 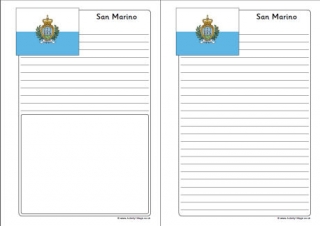 Use our 2 styles of notebooking page to record what you've learned about San Marino, this tiny European mountain-top country. 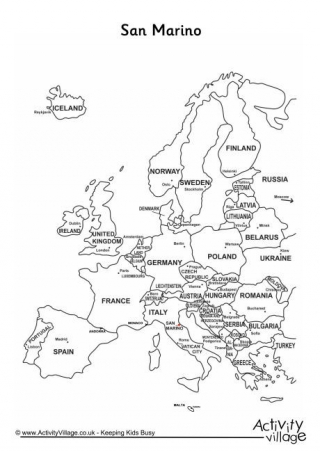 San Marino is marked in red on this outline map of Europe. Children might be surprised at how small it is compared to other European countries! 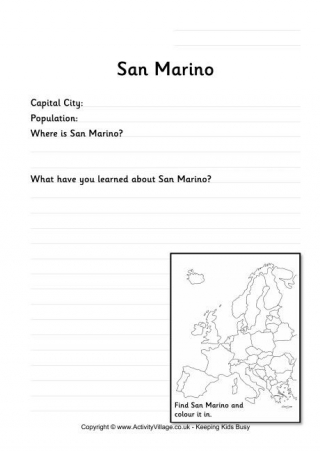 Here's a simple starter worksheet about San Marino, which asks children to find out a little bit about the country and record it here.