Find out about the Arab country of Saudi Arabia, famous for oil and the Muslim shrines of Mecca and Medina, then enjoy our printable resources with the kids. 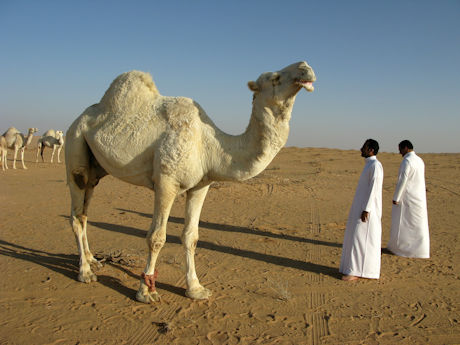 Camels in the deserts of Saudi Arabia 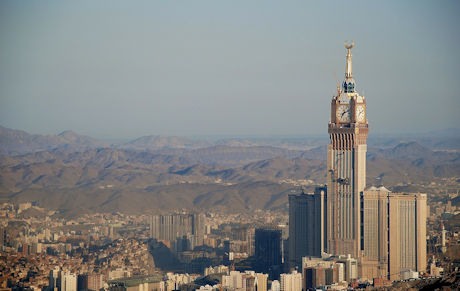 The Saudi flag features a white Arabic inscription and sword on a green background. The inscription is the Islamic creed, and translates to: "There is no god but Allah; Muhammad is the Messenger of God". It has been used since March 15, 1973. 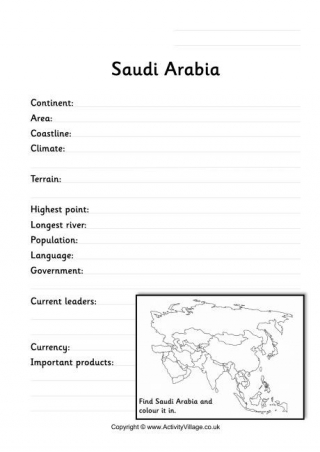 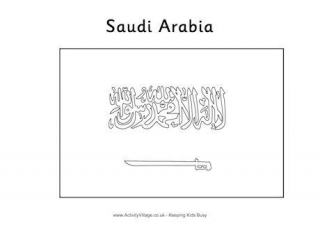 I know that the flag of Saudi Arabia isn't going to be too easy to colour in because I drew this flag rather painstakingly to get the details right! It is just a dark green background but the kids will have to be careful to leave the detail white. 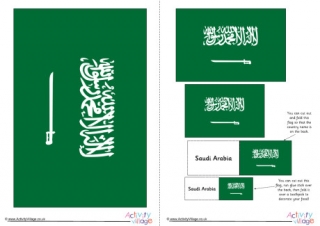 We have five different sizes of the Saudi Arabian flag for you to print out and use in craft projects or displays. 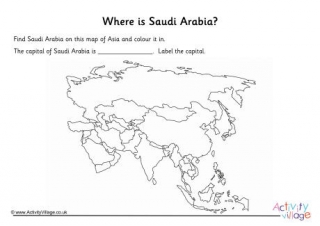 These two location worksheets test children's knowledge of where Saudi Arabia is located on a map of Asia. 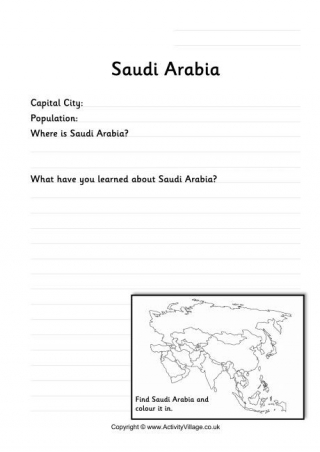