Learn a little about the West African country of Senegal and download flag printables and colouring pages as well as some interesting location worksheets. 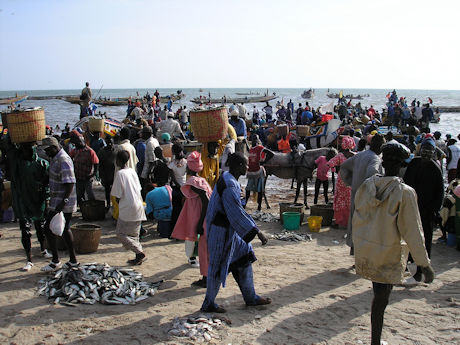 Fishing is an important industry in Senegal

The Senegal flag has three vertical stripes: red, yellow and green (the official Pan-African colours), and the star is a symbol of hope and unity.The flag was officially adopted in September of 1960, following independence from France. 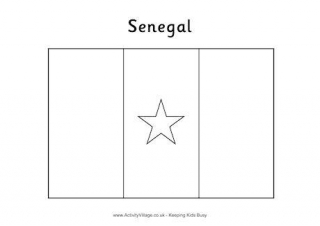 Here's a colouring page for the flag of Senegal, for which the kids will need green, yellow and red pencils... 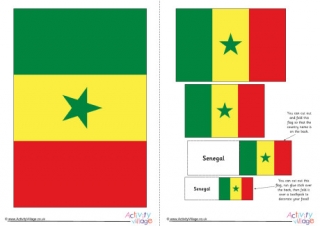 Green, yellow and red are the colours of the Senegal flag. Here it is in five different sizes, ready to print. 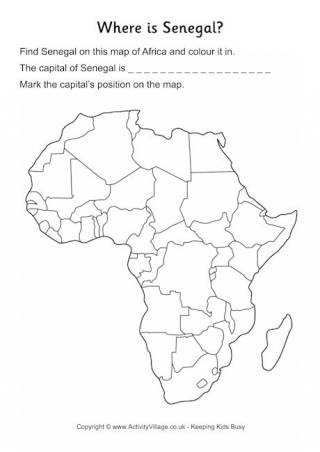 Use these location worksheets to reinforce the significance and position of Senegal within Africa. The guided worksheet provides all country names and capitals; the blank worksheet leaves it up to the children. 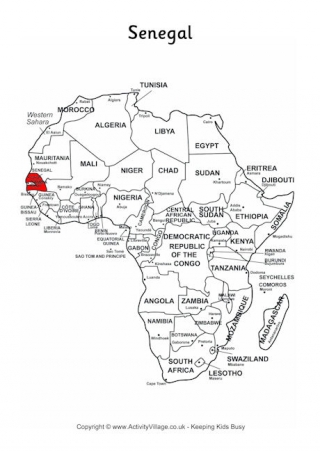 Here's an outline map of Africa which shows Senegal highlighted in red. It's useful for showing the size and shape of the country and which countries are its neighbours. 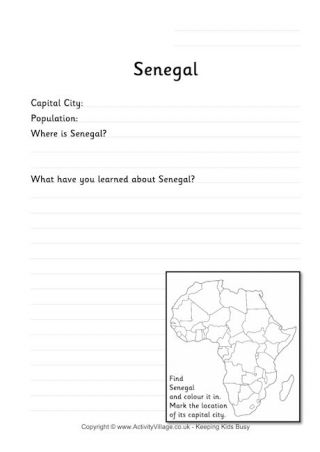 This simple worksheet asks children to fill in some interesting facts and statistics, and then write about what else they have learned about Senegal.