Here's a pretty Diwali colouring page of Sita, wife of Rama, who was kidnapped by the evil Ravana before being rescued by her husband and the monkey king, Hanuman. When Rama and Sita returned home, the people lit the way with hundreds of diyas... 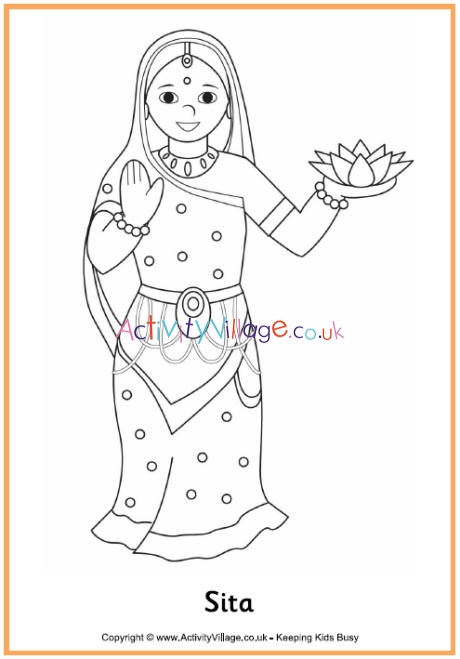 Brothers can let their sisters know how special they are for Bjaija Dooj with this fun Diwali colouring page!

Here's a simple colouring page for Diwali featuring a brother and sister playing in the garden, designed for younger kids.

Third in our series of colouring pages depicting the Diwali story, in this picture, Hanuman the monkey king, who has befriended Rama, has helped Rama defeat Ravana in a mightly battle and the royal couple are reunited.