Learn a few interesting facts about the Solomon Islands, and make use of our collection of flag printables and flag colouring pages. 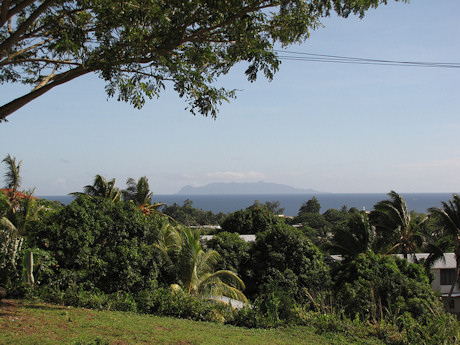 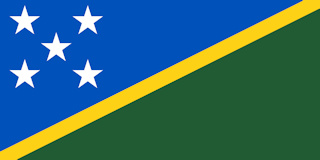 The Solomon Islands flag has five white stars representing the five main island groups. It also has a blue triangle symbolising the surrounding ocean, green for the land, and a yellow stripe representing sunshine. It was officially adopted on November 18, 1977. 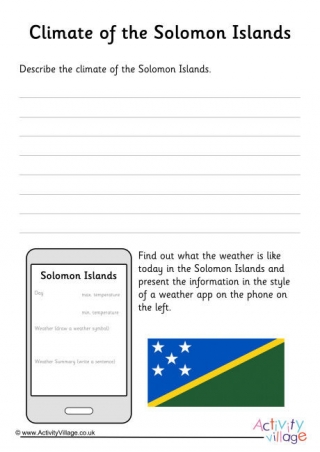 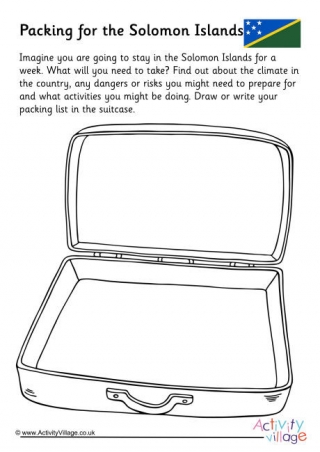 Imagine you are going on a trip to the Solomon Islands. Think about what you might do there, the climate and the potential dangers, then 'pack' the suitcase with the items you might need... 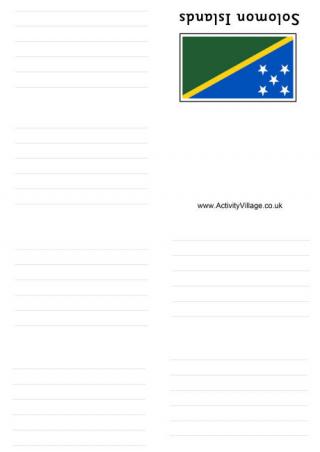 Print and fold our little booklet (instructions here) and use it to store facts and pictures about the Solomon Islands. You can build up a library of these mini-booklets - we've got them for most countries in the world now! 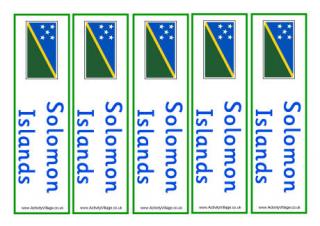 Here is a set of Solomon bookmarks, featuring the Solomon flag, to print out for the kids - in 4 variations, including two to colour in. 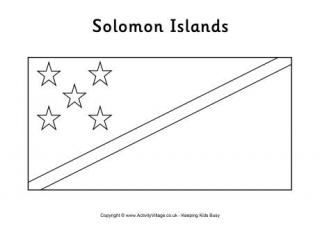 Learn the colours of the flag of the Solomon Islands by colouring in this page. Print out this jigsaw featuring the Solomon Islands flag and cut it out following the instructions here. It's a great way to help children remember the flag. 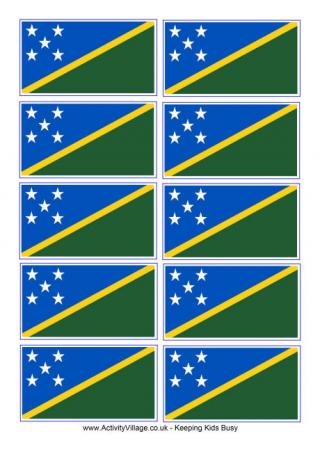 We've got three different sizes of the Solomon Islands flags to print and use in your projects. 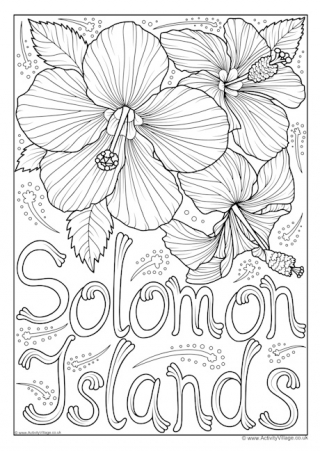 Fun Fact: There are around 220 different species of hibiscus in the world. 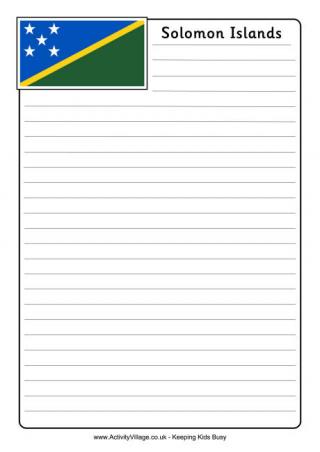 Use our notebooking pages, complete with Solomon Islands flag, to store what you've learned about the Solomon Islands. There are two versions to choose from below.