Print the cards on to card, laminate and cut out.

All the cards are dealt, face down. It doesn't matter if some players end up with more cards than others.

The player to the left of the dealer then fans his cards in his hand so he can see them all, although he keeps them hidden from the other players. He offers them to the player on his left, who cannot see them, but takes a random card from the fan. If the card he picks matches any he already he has, he puts down the pair. If not, he keeps it in his hand. Then, he, in turn, fans his cards and offers them to the player on his left.

This continues until all the cards have been put down in pairs, except the 'sprouts' card, which is left alone and cannot be paired. The person left holding this card loses the game. 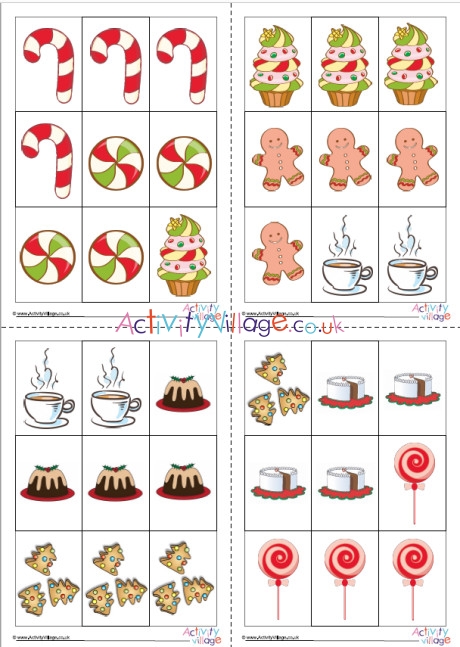 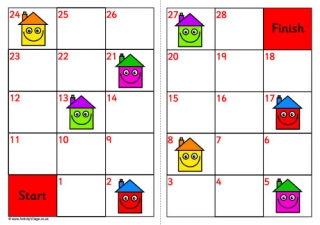 This is a fun Christmas strategy game for all the family. Who can deliver their presents and collect the most treats? 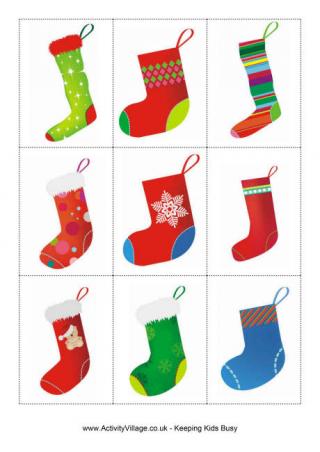 Have fun playing a Christmas memory game with our pretty Christmas stocking matching game cards! You could also use them for sorting and counting activities with younger children. 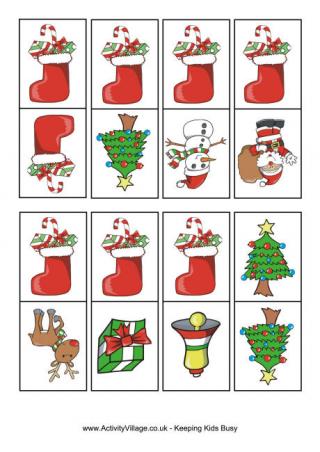 Have a game of dominoes with a difference! Instead of matching the dots, match up our fun Christmas illustrations. You can make the cards more substantial for younger children, if you want, by sticking them to rectangles of craft foam cut very slightly bigger than the cards.