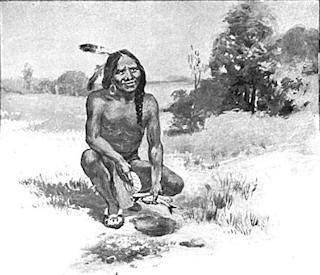 Tisquantum or Squanto was a Native American of the Patuxet tribe. In 1614 he was captured and taken to Spain to be sold as a slave. Rescued by some local missionaries he persuaded the to let him try and return home.

He made his way to England where he worked and learned English for several years while he tried to find a place on an exploratory voyage to North America to take him home.

Eventually he returned home in 1619 only to find that his tribe had died out in a plague epidemic.

Story says he found the Pilgrims living at the site of his former village, near starving at the end of their first hard winter. Squanto taught the pilgrims to fish and grow maize in the local way, ensuring their survival. 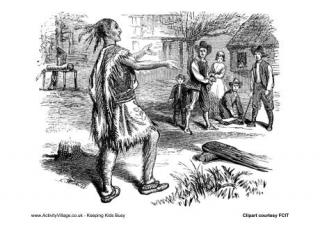 This colouring page of Squanto greeting the settlers is perfect for Thanksgiving. 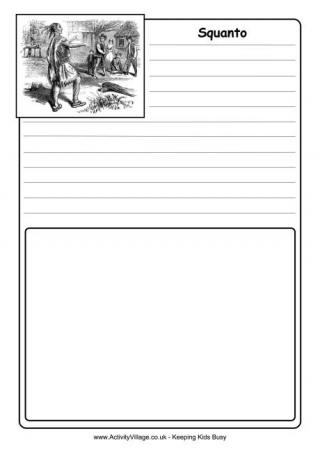 Learn a little about Squanto and use our Squanto notebooking pages to record what you've learned. Available in our two standard designs, the first of which has space for a drawing or illustration. 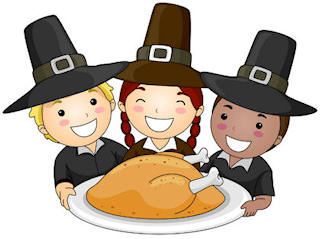