Enjoy our flag colouring page, printables and location worksheets about Sudan, and learn about Sudan with our collection of interesting facts for children. 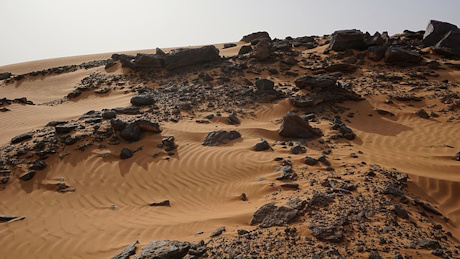 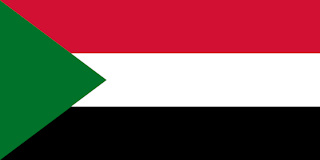 The Sudan flag consists of horizontal red, white and black stripes with a green triangle. The flag is based on the Arab Liberation Flag shared by Egypt, Iraq, Syria and Yemen. It was adoped on the 20th of May 1970. 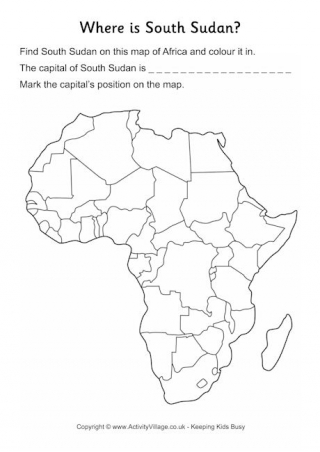 Help children locate, and then learn the location of, South Sudan, with these fun location worksheets. 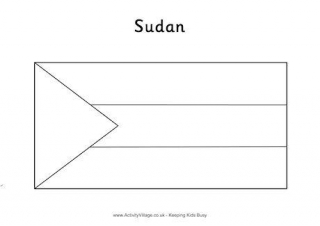 The Sudan flag is made up of a red - white - black tricolour, with a dark green triangle on the post side. Here's a colouring page for the kids. 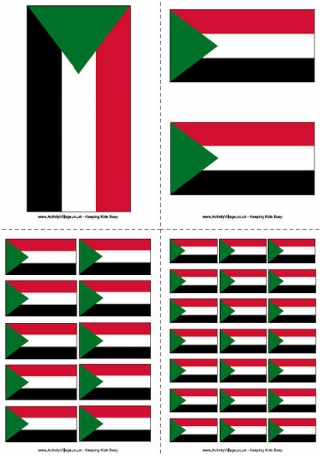 There are four different sizes of Sudan flag in this pdf, useful for all sorts of projects. 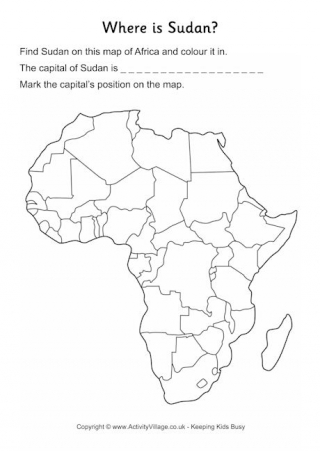 Where is Sudan? Can the kids recognise it on our outline map location worksheets? 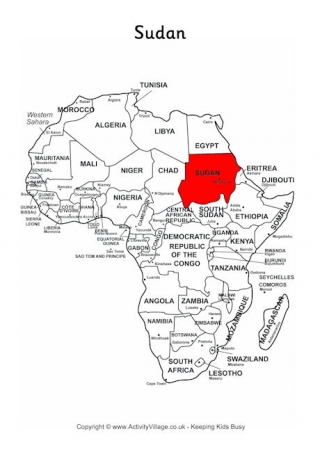 This simplified outline map shows children the position and scale of Sudan relative to its surroundings. 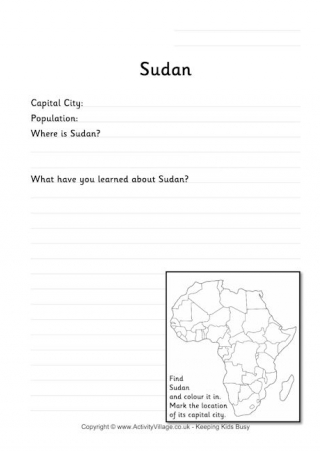 This is a very simple fact-finding worksheet on Sudan, with plenty of space for children to gather together any interesting information they have discovered.