Find out a  little about the South American country of Suriname and enjoy our flag printables and worksheets... 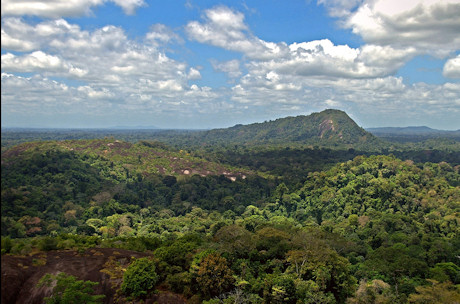 View of the Amazon jungle from the summit of Mt Volzburg in Suriname. With thanks to David Evers 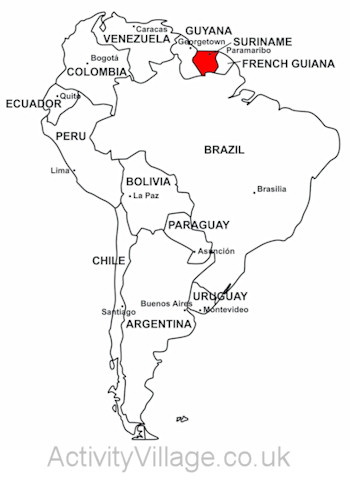 Surname on map of South America. We have a printable version of this map here.

And Some Fun Facts... 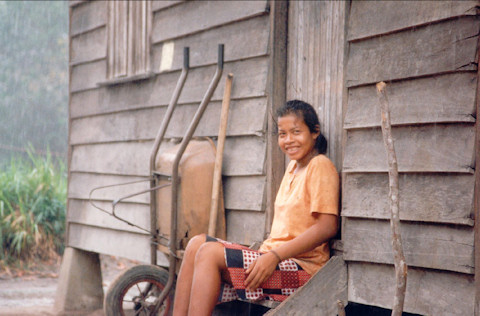 Watching the rains, Suriname. With thanks to Ahron de Leeuw

The flag of Suriname consists of five horizontal bands of green, white and red. There is a gold star in the centre, which symbolises the diverse ethnic groups in Suriname. The flag was adopted on November 25, 1975. 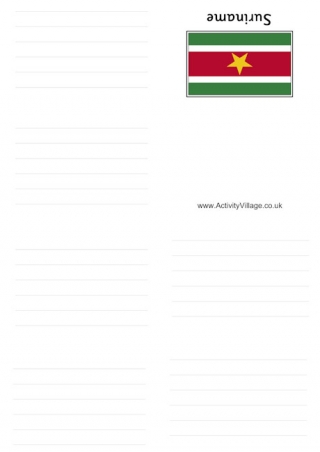 Use this little folding booklet to store facts and figures about Suriname. Origami booklet instructions here. 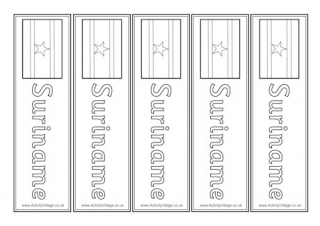 We have four sets of bookmarks you can print for Suriname: two in colour, two in black and white, two with names, two without. 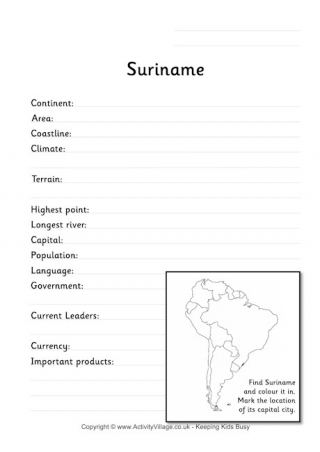 Find out some facts about Suriname with the help of this worksheet. Why not compare with Suriname's neighbours in South America? 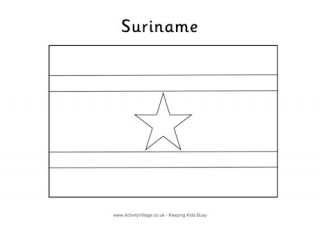 Colour in the flag of Suriname! You'll need red, green and yellow... 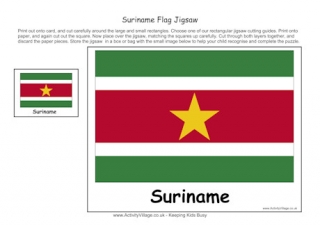 This jigsaw takes only minutes to make but it's fun to put together again and is a great way to help the kids remember what the flag of Suriname looks like. Instructions and cutting guides here. 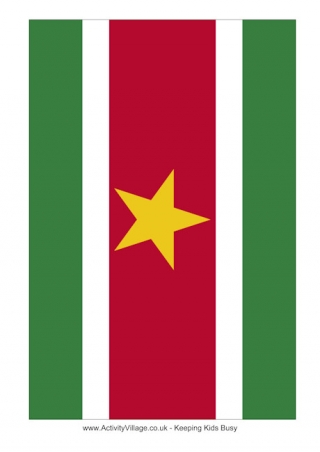 Print out the flag of Suriname in four different sizes - from nearly A4 to very small! 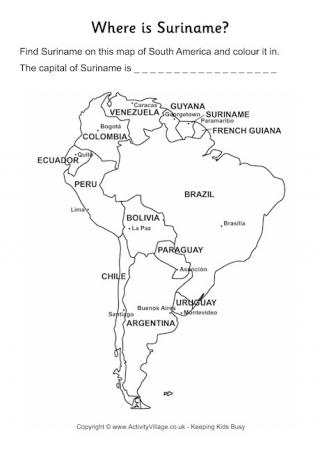 Use our two worksheets - guided being the easier - to help children learn to identify Suriname within South America. 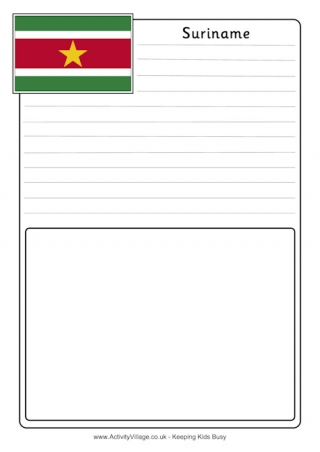 Use our notebooking pages to store what you've learned about Suriname. Page 1 has space for a map or drawing, too. 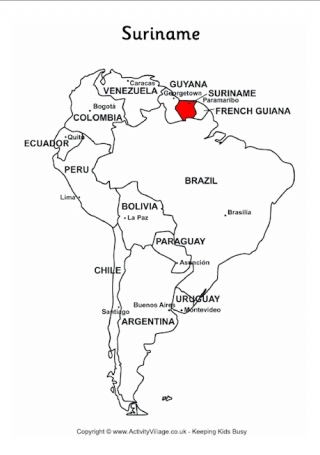 We've highlighted Suriname on this outline map of South America so that children can discover its size, location, neighbours etc. 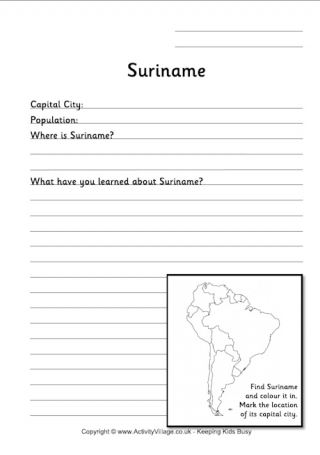 Kids can record what they've learned about Suriname with this simple worksheet.