Enjoy a glimpse into Sweden's geography, history and culture with the kids, and print out our flag printables to capture what you have learned, and remember the Swedish flag... 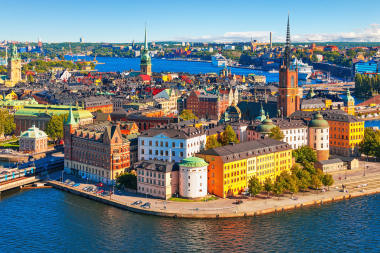 About the Swedish Flag

The Swedish flag has a golden yellow Nordic cross on a blue background. Sweden adopted its current flag on June 22, 1906, but the country celebrates Flag Day on June 6. 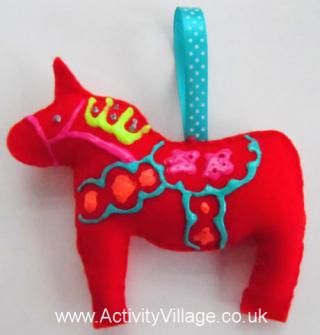 Dala horses (or Dalecarlian horses) are carved and painted wooden horses originating in the Swedish province of Dalarna. Originally made as toys for children, they are now a recognised symbol of Sweden. Have a go at making your own with this lovely Dala horse craft! 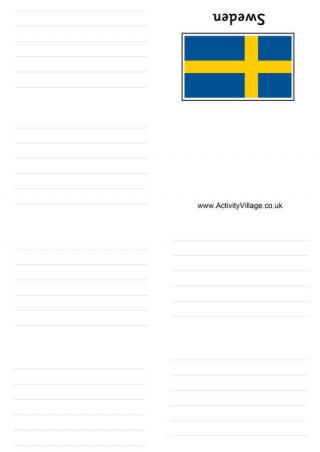 Print and fold this little booklet for your Sweden studies - using the folding instructions here. We have a lined or a blank version available. 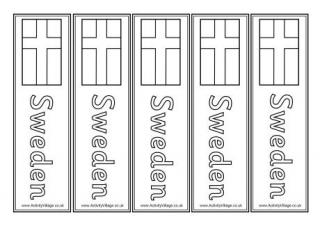 We have both colour and black and white versions of our Sweden bookmarks - perfect for handing out to Sweden supporters in the World Cup, perhaps! 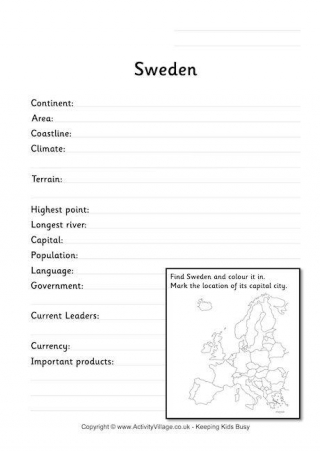 Here is our fact-finding worksheet about Sweden, which asks the kids to research some useful knowledge and also practise their location skills. 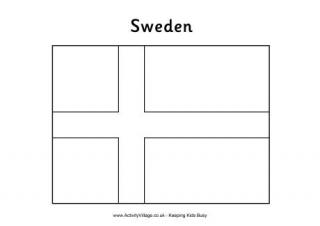 You'll need blue and yellow crayons or felt tips to colour in this printable Sweden flag. 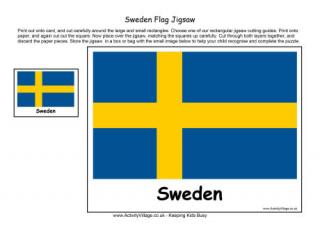 Print and fold this little jigsaw to help kids remember the Swedish flag! You will need our jigsaw instructions and cutting guides. 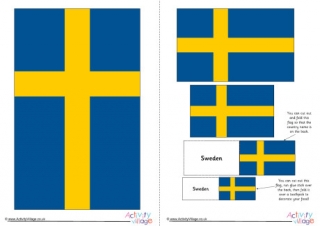 Blue and yellow are the colours of the flag of Sweden. We have five versions of the flag to download and print to suit all sorts of projects. 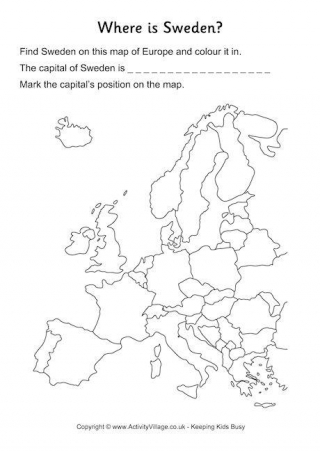 Where is Sweden on this location worksheet? We have two levels – one with the names of countries included, and one much harder without. 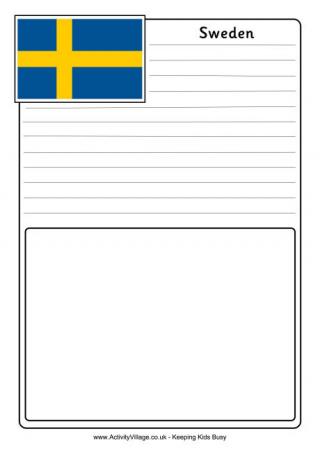 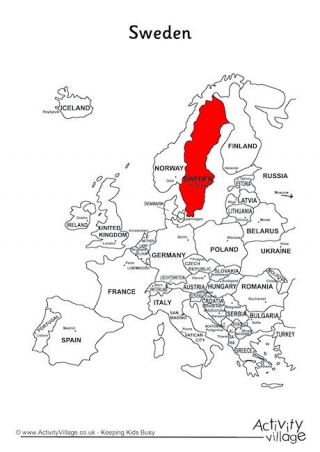 Some parts of Sweden get a lot of snow – and the children will understand why when they see its location at the north of this map of Europe. 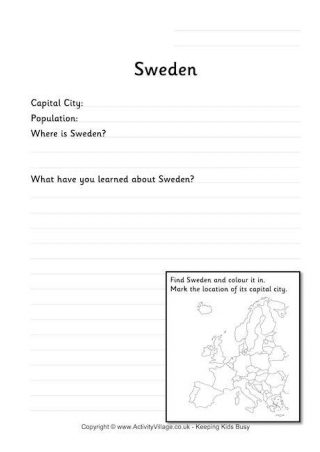 Use this worksheet to begin your studies about Sweden. It asks the kids to find out a few easy facts about the country and then write down what they have learned.