Get a taste of the country of Switzerland with our "fun facts" and enjoy our flag printables with the kids! 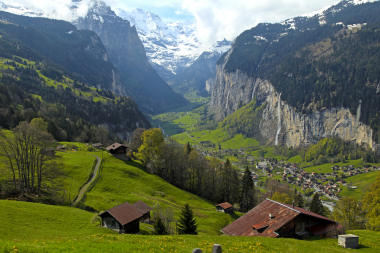 About the Switzerland Flag

The flag of Switzerland is made up of a white equilateral cross in the centre of a red background. It is one of only two square sovereign-state flags (along with the flag of Vatican City). 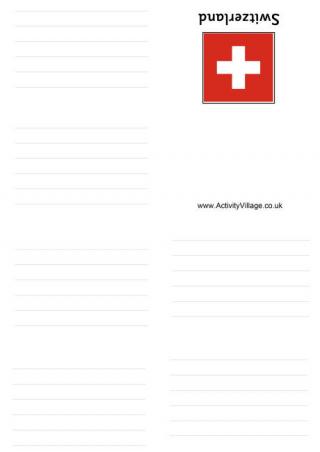 Our Switzerland booklets would be a good addition to a European lapbook. Folding instructions can be found here. 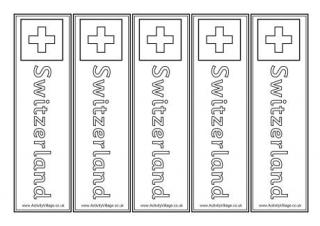 There are four versions of our Switzerland bookmarks, all featuring the flag, there are some that have the country name and some that don't, there are also some to colour. 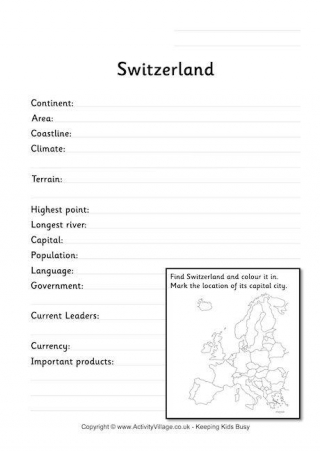 Here's a fact finding worksheet, which includes some location work, on Switzerland. 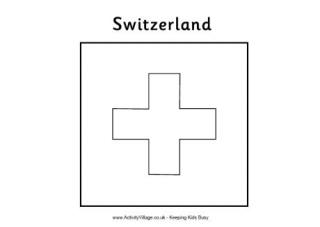 You will need red for the cross to colour this Switzerland flag colouring page. 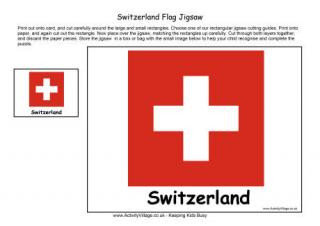 Print and cut out this Switzerland flag jigsaw to have a bit of fun with flag recognition. Jigsaw instructions and cutting guides can be found here. The Swiss flag is of course very unusual – when you cut out this square printable version in five different sizes it feels very strange! 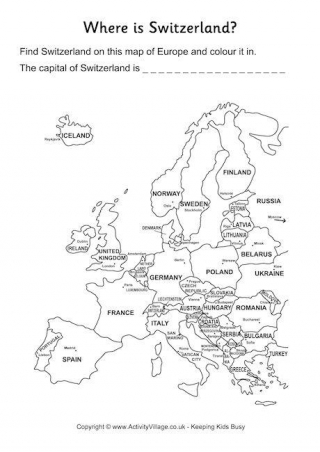 Can the kids find Switzerland on this location worksheet? One shows the names of the countries, so it is simply a matter of locating the correct one. The second, much harder, leaves all countries blank. We also ask children to write down the name of the capital city. 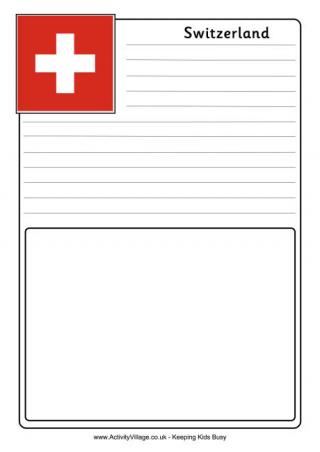 Whether you are looking at Switzerland for a school project or just for fun our notebooking pages are a good place to present your research. 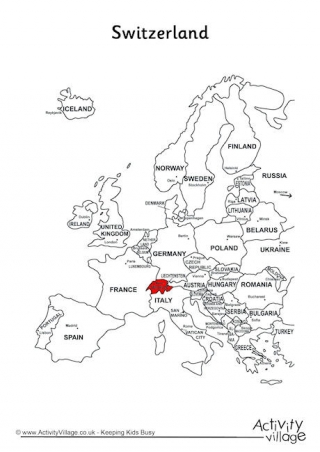 Switzerland's location within Europe is shown clearly this simple outline map. Use it together with our location worksheets, or for your Europe project work. Start your Swiss studies with this simple country worksheet, which asks children to find out and record a little about Switzerland.