Taekwondo was developed in Korea in the 1940s as a martial art and is now a combat sport which features in the Summer Olympics. Kicks, punches, open-handed strikes, throws and blocks are used - but it is the sport's fast high kicks which set it apart from other martial arts. Protective clothing is worn! 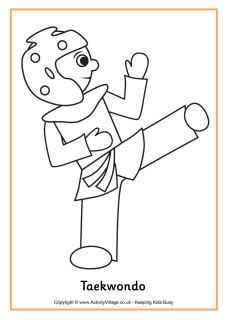 Here's a simple outline colouring page of the Korean martial art Taekwondo, fun for kids studying it and also perhaps for the Summer Olympics, in which it is an event. Taekwondo originated in Korea and is South Korea's national sport. 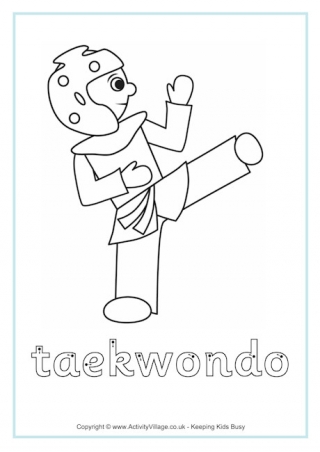 This finger tracing worksheet makes taekwondo look like such an exciting sport - perhaps your child will want to take it up and become an Olympic champion one day! 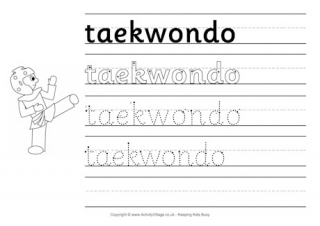 Here's a tricky sports word to trace! We repeat it four times on our handwriting worksheet, and give space for the children to write it by themselves too. And don't forget to colour in the picture! 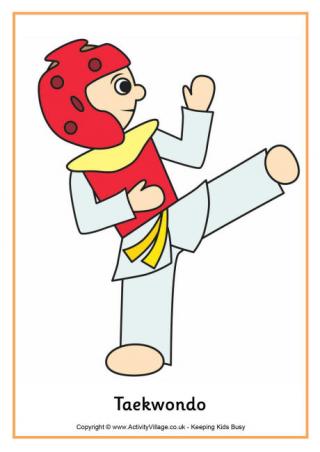 Are the kids interested in learning taekwondo? Here's a fun poster to print... 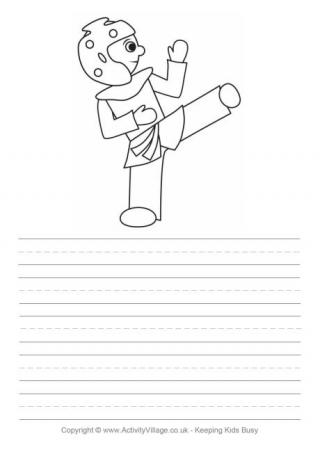 We have story paper for all the sports we cover at Activity Village - including taekwondo! Kids can write a story based around the picture or sport, or perhaps use it to describe their own taekwondo lessons. 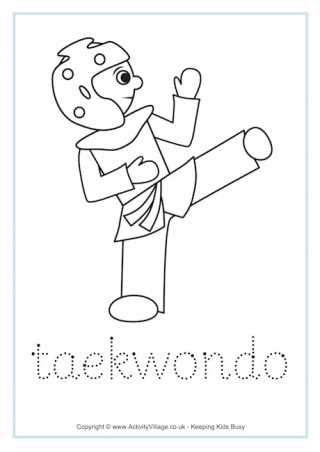 Colour in our taekwondo expert and trace the word underneath... 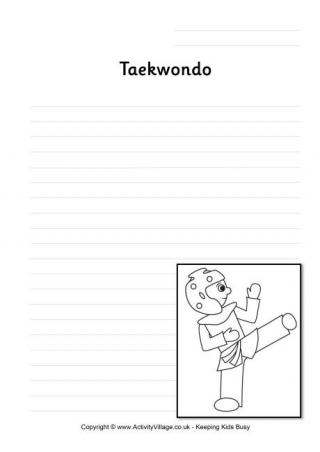 This Taekwondo character is sure to inspire you to write something great on this themed writing page. When you've finished your masterpiece, colour the picture in. 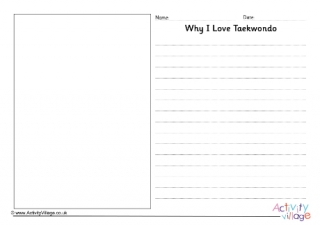 Here's the perfect writing prompt for fans of the martial art Taekwondo. There's space to write about why you enjoy the sport, and to draw your own picture too. 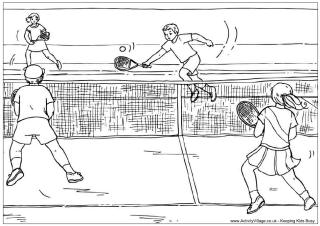